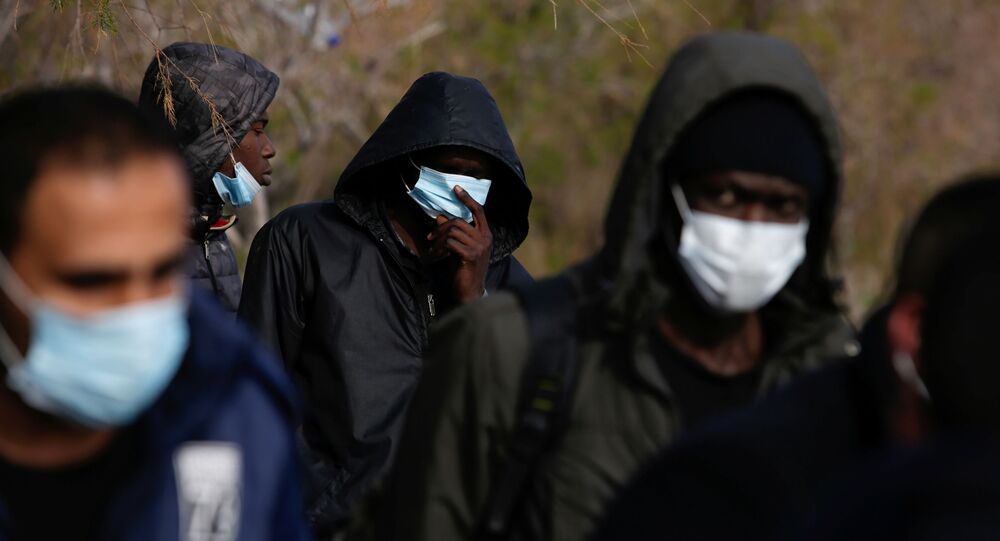 In recent months, a wave of crimes against ethnic Swedes with a sadist undertone has made headlines and coined a new term, “humiliation robbery”.

The Order of the Teaspoon, a non-profit organisation that purports to fight for equality and against racism, has sparked outrage with a recent article addressing the issue of racism against whites in Sweden.

This topic has gained a lot of attention in Sweden amid a series of cruel crimes against ethnic Swedes committed by gangs of migrants or people with a foreign background, often combined with highly demeaning behaviour, filmed, and later shared. This even coined a new word, "förnedringsrån" or “humiliation crime”, which has since been making headlines.

In her opinion piece in the newspaper Aftonbladet, Secretary General Lovisa Fhager Havdelin maintained that racism against whites as such doesn't exist in Sweden. Admittedly, whites may be “subjected to acts and prejudice based on their light complexion”, but it's not about “structural racism”.

“Racism is about structures, power, and privileges in society that make people consistently, consciously or unconsciously, favoured or disadvantaged because of their skin color or ethnicity. For example, in working life, school or the housing market. Reports, testimonies, and research show how Afro-Swedes and other ethnic minorities are discriminated against in Sweden. The fact that it's not being discussed broadly is proof in itself of where the power is vested”.

Furthermore, it is “problematic”, according to Fhager Havdelin, to even focus on racism against whites, or reverse racism. According to her, this “abandons a common understanding of racism”, “undermines the tools to counter it”, and “erases the history of systematic oppression of non-whites”.

Additionally, Havdelin emphasised the problem of “white fragility” and called on whites to understand how whiteness itself “gives privilege and superiority”.

Fhager Havdelin's opinion piece has been met by critical reactions on social media.

“What a racist and retarded article. Racism against whites exists throughout the world, and the saddest thing is that it is trivialised, accepted, and normalised by white lefties. Depressing article. Peak brainwashed virtue signalling”, journalist and blogger Luai Ahmed tweeted.

​“The debater thinks that there is no 'reverse' racism. She thinks that humiliation robberies have nothing to do with racism. She's totally wrong. Racism against whites, racism against Swedes is highly alive and the humiliation is a way of showing this. That's all there is to it”, criminologist, political scientist, and Lund University senior research fellow Ardavan Khoshnood tweeted.

​“The Order of the Teaspoon, an organisation that relies on state grants and receives funds from the Heritage Fund, that is dead Swedes, believes that Swedes cannot be exposed to racism. Why do we fund joke organisations like this?” another one said.

© Photo : Luai Ahmed/twitter
Sweden in Uproar Over Video of Immigrant Gang Abusing, Urinating on Swedish Boy
The Order of the Teaspoon is a non-profit organisation that fights for “an equal society where everyone's rights are respected”. One of its main sponsors is the Swedish Agency for Youth and Civil Society, and in 2019 alone the organisation received over SEK 1 million (about $100,000) in grants.

In February, a case of four underage culprits convicted in a Stockholm suburb for robbing a 16-year-old Swede and urinating on him while calling him names and degrading his origin, sparked a national debate on whether this consitutes a “hate crime” or not.