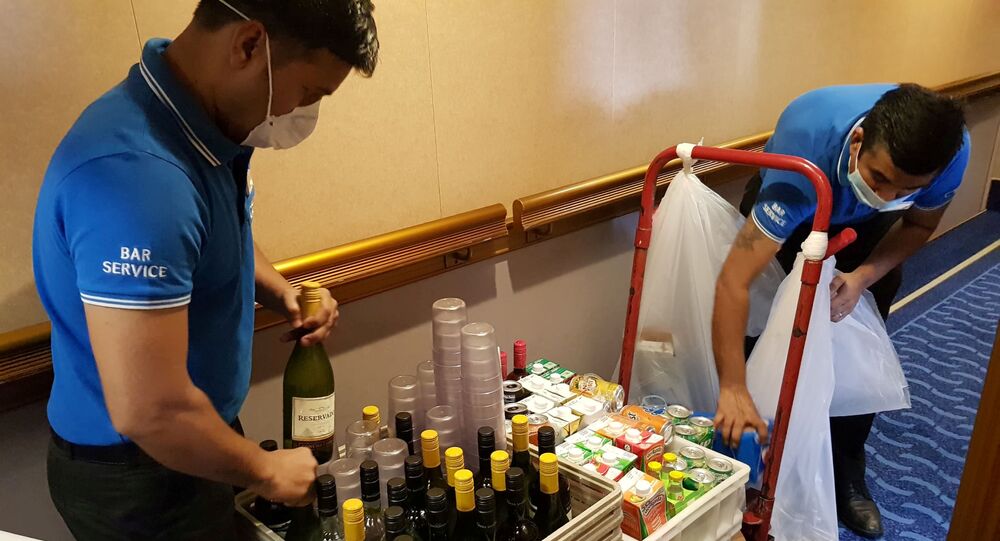 About 1,000 People on Board Costa Luminosa Ship to Be Quarantined – Ligurian Governor

GENOA (Sputnik) – Around 1,000 people on board the Costa Luminosa cruise ship that arrived Saturday morning in Savona, a port city in the Liguria region of Italy, will be quarantined, while Italian and Swiss residents will be taken to their homes, Governor of Liguria Giovanni Toti said.

Eighty-four persons onboard Costa Luminosa have already shown symptoms of COVID-19 and were isolated. There are over 1,000 passengers and crew members from various countries on board the ship. Those, who will be quarantined, will be taken care of by the Italian national health system and civil protection without burdening the Ligurian regional health system.

"Our goal, in agreement with everyone involved in this emergency linked to the Costa Luminosa, is to have by tomorrow evening one thousand people on board quarantined, mostly crew members as well as 188 passengers from foreign countries who cannot reach their homes because of the suspension of flights. A taskforce of the national health system and civil protection will take care of these people without burdening the Ligurian health system in any way, as it is already under great pressure", Toti said late on Saturday, as quoted in a press release of the Liguria region.

On Saturday night, 110 Italians - residents of Liguria and other regions of central and northern Italy - will be transferred to their homes, according to the press release; 87 Swiss citizens and 2 Venezuelans residing in Switzerland will be taken to their homes as well.

On Sunday morning, a similar transfer is scheduled for 55 other Italians residing in the center-south of the country. Later on Sunday, 276 European passengers will be returned to their residencies directly by the Costa Crociere cruise operator.

Sixty-three Italians out of 800 crew members will be disembarked with protected transport on Sunday evening.

"All those who will remain onboard, passengers and crew, must be managed exclusively by the national health system and civil protection task force. For them, a solution will have to be found outside the Ligurian territory, as agreed today at the emergency meeting", Ligurian minister of infrastructure Raul Giampedrone said, as quoted in the Saturday press release.

At the same time, the Johns Hopkins University data shows that the number of infected people in the country has reached 53,500 and the death toll stands at 4,825.