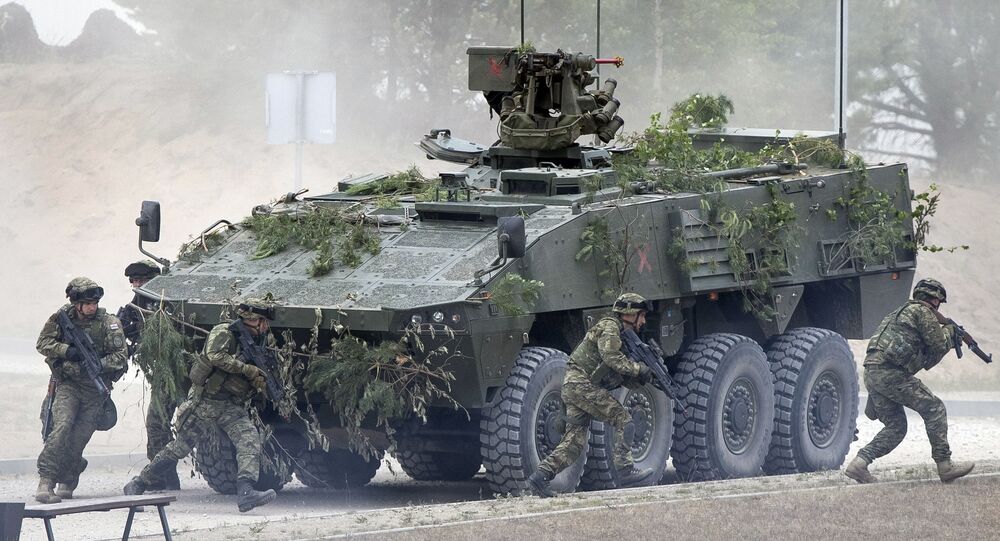 Large-scale NATO military exercises are among the few major events not to be cancelled due to the global Pandemic of COVID-19. Critics say this is a waste of both money and resources.

UK Prime Minister Boris Johnson is being called-upon to reallocate the kingdom's military budget towards health and welfare in light of the global coronavirus illness (COVID-19) pandemic, by the Peace Pledge Union (PPU). The PPU took particular aim at the upcoming Europe-wide NATO military exercises saying that they should be "immediately cancelled" with resources diverted to helping tackle the pandemic.

"[M]oney diverted from military budgets could contribute towards NHS and social care costs as well as initiatives to assist people who are losing their jobs or struggling to pay the rent owing to the coronavirus outbreak, or to support people whose mental health is affected by isolation", a statement released on 20 March 2020 said.

​The UK's oldest secular anti-militarist organisation added that such a shift in spending priorities should represent a "permanent" move away from funding the armed forces and, "towards measures that really make people safe, tackling problems such as ill-health, poverty and climate change".

Defender-Europe 20 (aka Defender Europe 2020) was expected to be the third largest military excercise in Europe since the end of the Cold War, though the outbreak of COVID-19 on the continent may ultimately reduce the numbers of countries involved and the size of the military participation.

Who then is the aggressor? Not Russia as we are continually told. NATO’s Defender Europe 2020 is war against Russia role-play, no matter what they tell you — RT Op-ed https://t.co/mwLiY7X8Jt

“We could be facing this crisis, which the government's own assessments told us was coming, with the weapons we truly needed to win: a resilient NHS, local councils funded to fulfil their responsibilities in Public Health, Social Care for disabled and older people", said Ceri Dare, a Public Health Researcher and PPU member.

"We could have had a society where the people who make our lives possible, the cleaners, the shelf-stackers, the waste collectors, the social care workers, the delivery drivers, were paid and respected for the vital work they do", she added. Dare also said that the "lies of 'defence' ring hollow now", in a situation where viruses can't be tackled by guns and bombs.

Symon Hill, PPU's Campaigns Manager, emphasised that supporting people in a time of crisis costs money. "The government can still divert funds away from multi-million pound weapons and NATO training exercises. Let's fund things that will really help to make us safe. You can't nuke a virus", Hill said.