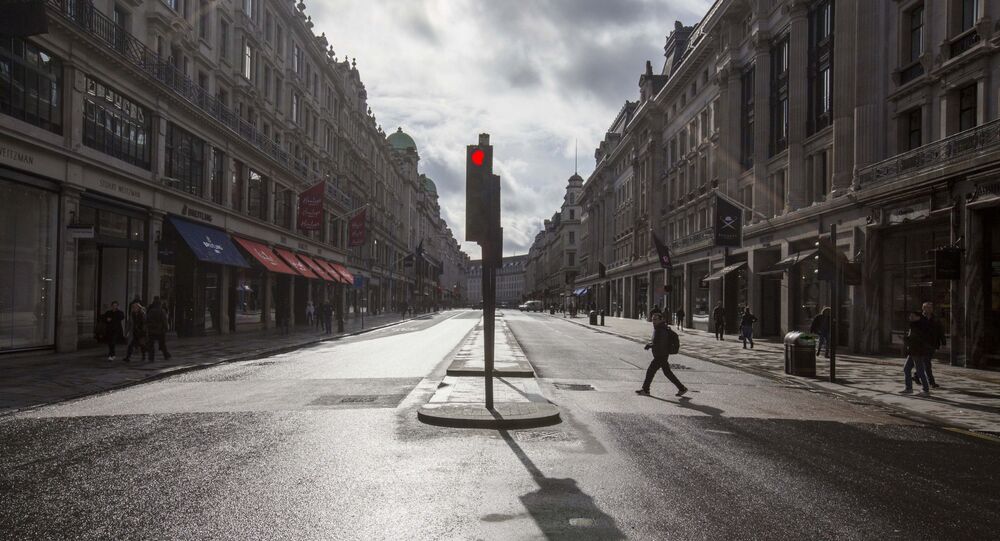 MOSCOW (Sputnik) - The UK government is not planning to enforce a total ban on travel to and from London and the capital’s transport system will continue to operate despite a reduction in service, a spokesman for Prime Minister Boris Johnson said on Thursday.

"There are no plans to close down the transport network in London and there is zero prospect of any restrictions being placed on travelling in and out of London," the spokesman said.

The spokesman added that the government’s emergency Coronavirus Bill, scheduled to be published later on Thursday, will provide clarification on further measures, the London Evening Standard newspaper reported.

Earlier in the day, rumours spread among UK media outlets that stringent quarantine measures could be implemented, such as those already applied in Italy, in order to control the spread of the coronavirus disease (COVID-19). Johnson has stated that the UK government will not be afraid to take drastic measures should the need arise.

© REUTERS / POOL
Key Brexit Talks Cancelled Due to Coronavirus, Will UK Seek to Extend Transition Period?
The capital's transportation authority Transport for London earlier in the day announced a series of service limitations, which could see the indefinite closure of up to 40 subway stations from Friday, as part of measures to contain the spread of the disease and facilitate the movement of critical workers, such as health care professionals.

UK schools, colleges, and nurseries are also set to close from Friday, although exceptions will be made for vulnerable children and the children of National Health Service staff, the education secretary, Gavin Williamson, announced.

Over a third of COVID-19 cases in the UK have been registered in London. On Wednesday, the Department of Health and Social Care reported the largest day-on-day increase in the number of confirmed coronavirus disease cases, after 676 people tested positive in the preceding 24 hours, raising the overall number of confirmed cases to 2,626.