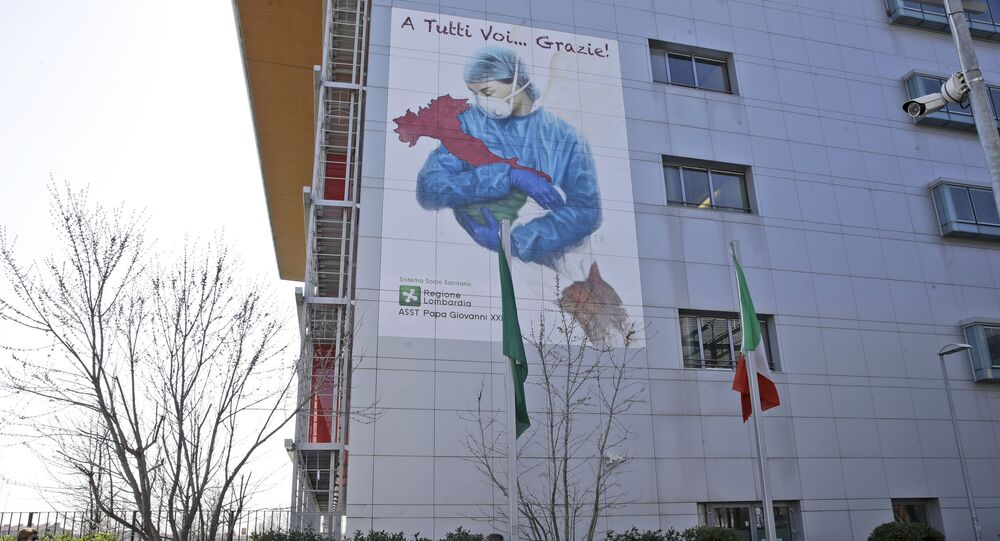 Italy has become the worst-hit nation in Europe with the fastest spreading number of cases in the world, despite having gone into complete lockdown earlier this month.

Doctors of the Papa Giovanni XXIII hospital in Bergamo, northern Italy, have launched a fundraiser as the city has found itself in the centre of the coronavirus pandemic.

The hospital's press service has published a video featuring Stefano Fagiuoli, head of the Department of Medicine, who has described the dire situation that the hospital has found itself in and has called on people to help with whatever means they can.

Since the beginning of the spread of the coronavirus, Italy has become the hardest-hit country besides China and is on track to surpass the Asian nation in the number of coronavirus-related deaths. So far Italy accounts for some 35,713 cases of the deadly infection out of a total of 219,427 worldwide. At the same time, the total number of deaths in the country stands at 2,978.

Commenting on Italy's high death toll, the United Nations and the country's authorities cited a number of reasons, including a large elderly population, who are particularly susceptible to developing serious complications from the virus and the fact that the victims had at least one underlying medical condition, such as diabetes, cancer, hypertension or kidney disease.