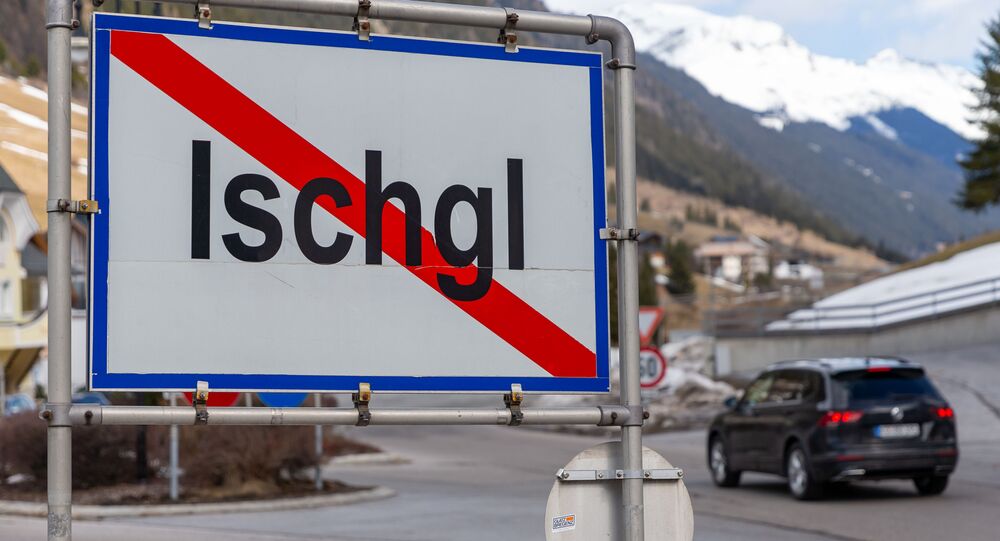 While the European Union's leaders have agreed to shut down the bloc's external borders for 30 days, some 1,000 people, including tourists, have been quarantined in the Austrian ski resort Ischgl.

Germany's Der Spiegel outlet has suggested that Austrian Ischgl ski resort has made its contribution to the spread of the COVID-19 virus in Europe.

Though the resort closed its doors to visitors seven weeks earlier than originally planned, the closure came much later than it should have been, according to Spiegel.

It seems that a huge number of tourists from Denmark, Norway, Sweden and Germany became infected with the coronavirus during their stay at Ischgl and then took the infection back to their home countries.

After enjoying ski rides, visitors usually go to the Kitzloch bar situated near the valley station in Ischgl. This is where the spread of the virus is believed to have started as a bartender is thought to be infected with the virus and could have passed it to tourists, particularly from Germany and Scandinavia.

© REUTERS / Nick Oxford
Perfect Storm of Coronavirus, Oil Price War May Cause World to Run Out of Storage Capacity - Reports
As it's reported, more than half of all Norwegians who have tested positive and more than a third of infected Danes say they caught the virus in Austria, while the number of infected Germans who visited the Austrian resort is also rising.