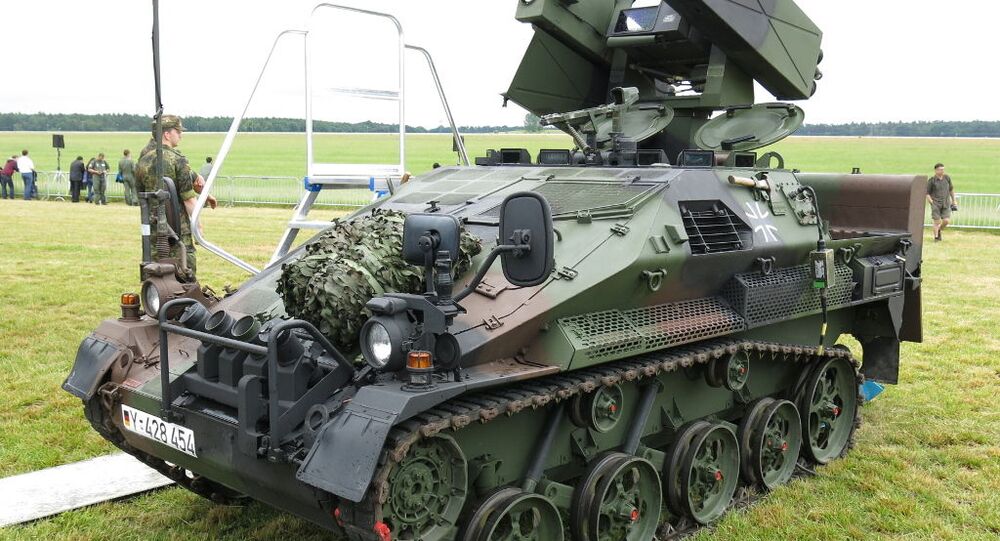 An old laptop once used by the German Army was recently sold on eBay, but the sellers forgot to remove its hard drive first. The buyers, fortunately a team of security researchers, found easy access to documents instructing them how to destroy the army’s Ozelot air defense system.

When pawning your old computers, remember to remove or wipe the hard drives first! Germany’s Bundeswehr nearly told a random internet buyer how to take down one of its anti-aircraft vehicles; fortunately, the folks who scooped it up were a pair of German security researchers.

Tim Berghoff, a security researcher at G Data in Bochum, Rhine-Westphalia, bought the old laptop recently for 90 euros on eBay from a computer recycling company in Bingen-am-Rhein “out of curiosity,” according to Der Spiegel, which first reported the story.

The boxy Roda Rocky II + RT686 computer came in its own carrying case and weighed a hefty 5 kilograms. It ran Windows 2000, a short-lived Microsoft OS oriented towards professionals.

According to the outlet, Berghoff’s colleague, Alexandra Stehr, was able to easily breach the laptop’s basically-nonexistent security. When she turned it on, it booted up without asking for login information, and she easily accessed the supposedly-secure software by randomly trying the username “guest” and password “guest.”

Inside, she found documentation on the Bundeswehr’s Ozelot Light Air Defense System (LeFlaSys), a tankette fitted with anti-air missile launchers built in the 1970s but still in use today.

The files included instructions on how to disable the Ozelot if it’s in immediate danger of being captured by enemy force, with guides for “exploding the vehicle with existing explosives" and "destroying fuel lines in the engine compartment and igniting escaping fuel," among other methods.

However, a Bundeswehr spokesperson told Der Spiegel the old LeFlaSys program laptops “do not contain any information that would allow a third party to gain critical knowledge. This also applies to the instructions for rendering the system unusable."

"The old computers used for LeFlaSys have all been decommissioned and sent for recycling with orders to erase or render existing storage media unusable," she said. "It can be assumed that an error occurred during the recycling of the computer in question."

This isn’t the first time this kind of thing has happened. Just last September, a German forest ranger in Upper Bavaria found classified documents on the Bundeswehr’s M270 MLRS mobile rocket artillery system on several laptops he bought at a government auction, according to the Süddeutsche Zeitung.

In early 2018, the Australian government accidentally sold off several filing cabinets without emptying them first, because nobody had the keys. When an entrepreneuring person at a Canberra thrift store drilled the locks and found “thousands of pages [that] reveal the inner workings of five separate governments and span nearly a decade. Nearly all the files are classified, some as ‘top secret' or ‘AUSTEO,' which means they are to be seen by Australian eyes only," the Australian Broadcasting Company reported at the time.