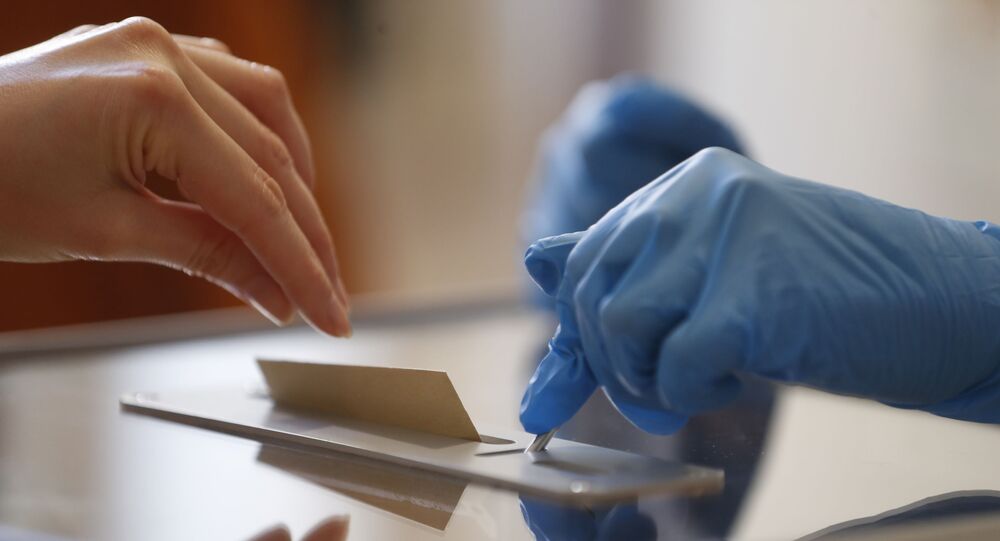 MOSCOW (Sputnik) - Sunday’s municipal elections in France saw a record low turnout due to the coronavirus (COVID-19) pandemic, pushing opposition politicians to demand the delay of the second round, which is scheduled for next Sunday, media reported.

"We must then consider the many candidates who won from the first round as elected and postpone the other [elections], which should take place in a few months when the epidemic will have been contained,” Marine Le Pen, leader of the opposition National Rally, said in a televised address.

Macron raised many eyebrows when he decided to go ahead with the municipal election despite widespread cancellations of public events around the world due to the coronavirus pandemic.

Prime Minister Edouard Philippe heeded the calls and said he will convene the scientific council, which initially gave Macron the go-ahead, in a news conference following the closing of ballots.

"I will reconvene the scientific council at the start of the week and I will consult with the leaders of the political parties [over holding a second round of voting]," Philippe said, as quoted by France Info.

France Info, which published a detailed breakdown of the poll, said that the low turnout may be behind the large number of undecided ballots – no candidate garnering more than 50 percent of the vote – necessitating a large number of runoff votes.

According to pollster Ipsos/Sopra Steria, 54.5 percent of potential voters abstained from voting, which led to a large number of undecided elections.

Southern neighbors Italy and Spain have gone into virtual lockdown as the number of cases surged exponentially.

The World Health Organization last week declared that Europe has become the epicenter of the pandemic over China, where the virus originated.