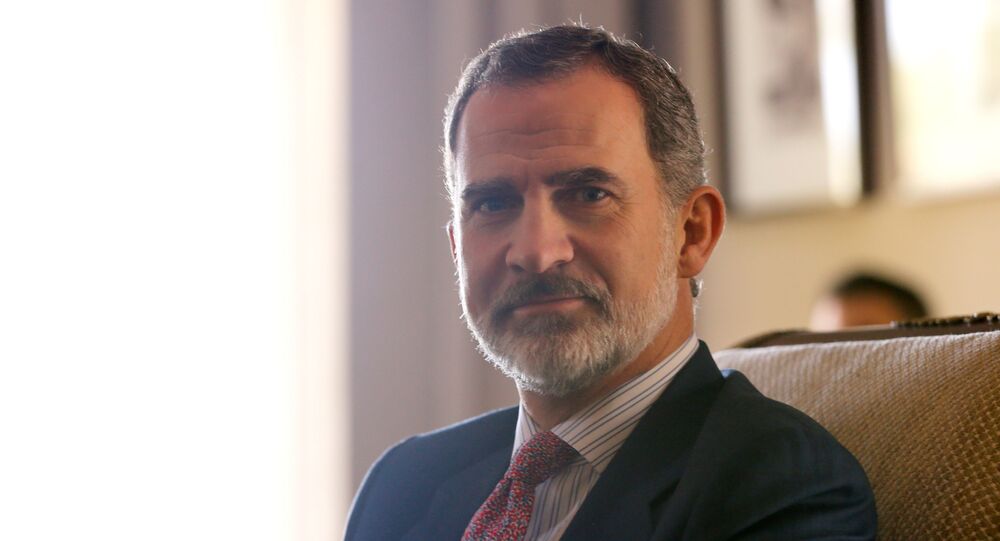 The move comes after reports emerged that the 52-year-old king was about to receive millions of euros from an alleged secret fund purportedly linked to Saudi Arabia.

King Felipe VI of Spain abandoned a personal inheritance from his father after allegations of “a secret offshore fund” allegedly tied to Saudi Arabia, The Guardian reported on Monday, citing a statement from the royal house. The Spanish king has also stripped the former king, his father -  Juan Carlos, of an annual stipend the latter has been receiving since his abdication in 2014 in the amount of €194,000 ($217,100).

The announcement came days after the Sunday Telegraph reported that King Felipe was a beneficiary of an offshore fund, known as the Lucum Foundation, that holds about €65 million purportedly received as a gift from the Saudi King while the 82-year-old Carlos I was still on the throne. The report noted that the fund account was established in a Panama city office and allegedly linked to an account in Geneva’s Mirabaud bank.

Earlier in the month, an investigation by Swiss prosecutors into another external fund, named Fondation Zagatka, purportedly related to Carlos, sparked calls for Spain’s parliament to look into the former king’s financial irregularities, but lawmakers did not launch a probe, according to The Guardian.

The royal household statement issued on Sunday pointed out that last year, King Felipe learnt about the claims, according to which he was the beneficiary of the Lucum Foundation. Following the development, Felipe reportedly announced  that he had informed his father about his decision of renouncing any material benefit from the fund, noting that he had no knowledge of being the recipient of the Zagatka fund's money.

The royal statement cited a note from Juan Carlos, stating that he had never told his son about him being a beneficiary of the two funds.

Juan Carlos was informed about his son's decision on renouncing the inheritance along with “any asset, investment or financial structure whose origin, characteristic or purpose may not be in accordance with the law or with the rectitude and integrity” of the crown.