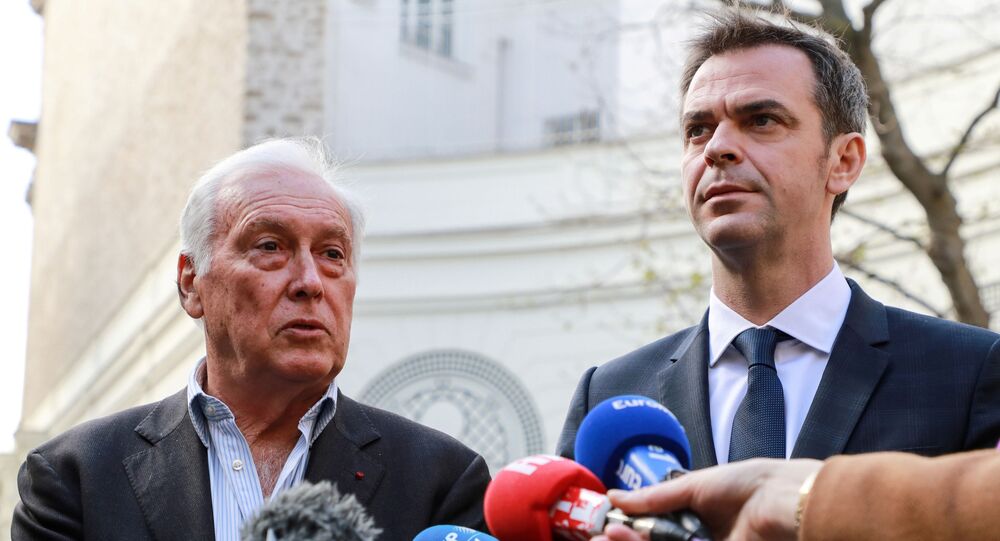 The minister’s remarks come as the Wuhan coronavirus (COVID-19) has spread to over 130 countries and territories, infecting more than 154,000 people and killing over 5,700 worldwide, including in France, where at least 91 deaths have been registered along with almost 4,500 infections.

French Health Minister Olivier Veran, a qualified doctor and neurologist, on Saturday warned of certain types of anti-inflammatory drugs that may worsen the infection and the spread of the coronavirus.

“The taking of anti-inflammatories (ibuprofen, cortisone …) could be a factor in aggravating the infection. In case of fever, take paracetamol. If you are already taking anti-inflammatory drugs, ask your doctor’s advice,” Veran tweeted.

French heath officials also warned of using anti-inflammatories as they are known to pose a risk to people with infectious diseases because they tend to reduce the body's immune system response, according to The Guardian.

They rather recommend taking paracetamol because “it will reduce the fever without counterattacking the inflammation”.

“Anti-inflammatory drugs increase the risk of complications when there is a fever or infection,” warned Jean-Louis Montastruc, the head of pharmacology at Toulouse Hospital, according to The Guardian.

The French Health Ministry has reportedly been advising patients since mid-January to consult pharmacies when purchasing common pain relievers such as ibuprofen, paracetamol and aspirin, to be reminded of the risks.

France is one of the worst-affected countries in Europe, which has been declared a new virus hotspot after infections on the continent rose dramatically this month, while those in China have been reported to be leveling off.

On Saturday, French Prime Minister Edouard Philippe announced that the number of infection cases in France jumped 4,499, among which 154 are in critical condition, whereas the death toll had risen to 91 people.

Philippe has also announced that the country would shut most shops, restaurants and entertainment facilities beginning midnight on Saturday and people should stay home as long as possible as the spread of coronavirus accelerates.

As part of the country’s response to the pandemic, a number of iconic monuments in Paris have been closed, including the Eiffel Tower, the Louvre Museum, the Versailles Palace, Louvre, Orsay Museum and Centre Pompidou.

One Dead, At Least Four Injured in Apartment Explosion in Strasbourg, France - Photos