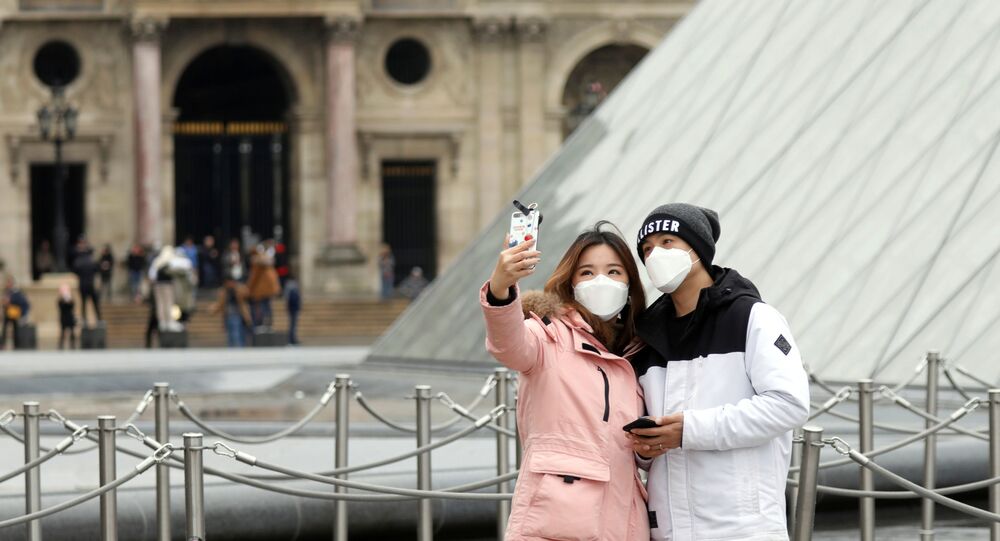 PARIS (Sputnik) - The French Ministry of Culture has called upon museums and other cultural institutions to suspend operations in line with the government's guidance on how to contain the spread of coronavirus, according to a communique released on Friday.

"As announced by the president and prime minister, effective Friday, 13 March, gatherings of more than 100 people are prohibited throughout the country. All structures of the ministry are recommended to reorient their activities toward performing their basic functions, up to closing the structures to the public", the ministry said in internal communication.

Earlier in the day, French Prime Minister Edouard Philippe announced a ban on public gatherings of more than 100 people.

The Louvre and Musee d'Orsay, two of France's most famous museums, closed earlier in the day until further notice.

​The Eiffel Tower, France's most famous and recognizable landmark, closed to visitors until further notice because of the coronavirus, according to the management.

🇬🇧 In the context of the #COVID19 outbreak and due to the government health measures announced today, the #EiffelTower closes today, from 9pm, for an indefinite period of time. pic.twitter.com/0BnTZgSN9g

​France is one of the most affected European countries with 2,876 confirmed cases and 61 deaths as of 13 March.

The World Health Organization declared the spread of the novel coronavirus a pandemic. The total number of confirmed cases worldwide has surpassed 130,000, with a death toll of over 4,900 and recoveries exceeding 68,000.