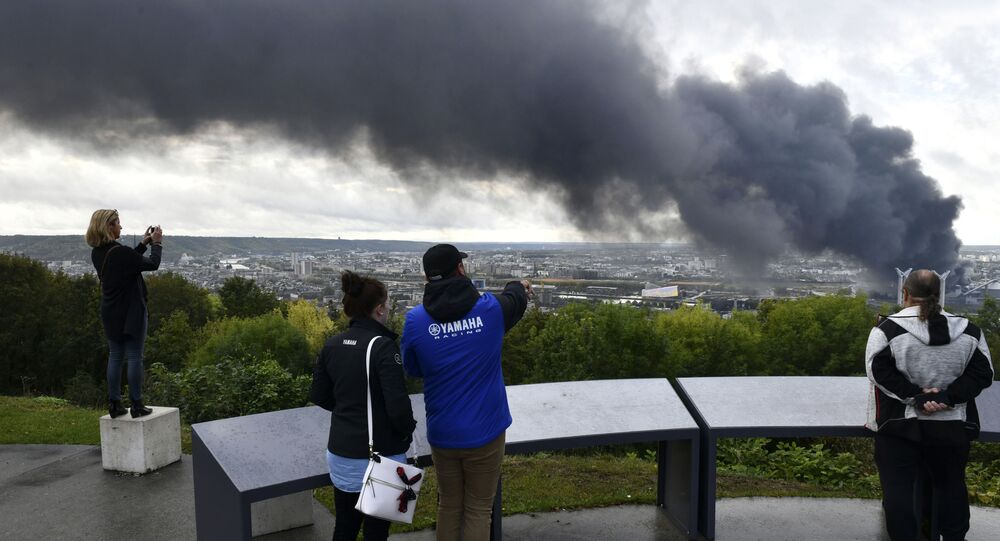 An explosion occurred at a Saipol factory in the French city of Grand-Couronne, near Normandy's capital of Rouen, at around 12.50 pm local time, French media reported on Friday.

Firefighting crews have been deployed at the scene of the blaze and a large security perimeter has been established around the factory. As the fire reportedly started at a diester production unit, the firefighters are taking measures to prevent any risk of toxic spills.

Prior to the arrival of the fire crews, employees tried to put out the blaze themselves, according to the outlet France Bleu.

Currently, all the employees have been evacuated.

According to reports, at least one school in the area has been evacuated.

The Saipol group has several factories in France, including facilities in Grand-Couronne and Dieppe in the Seine-Maritime department. In February 2018, two people died following an explosion at a factory in Dieppe.