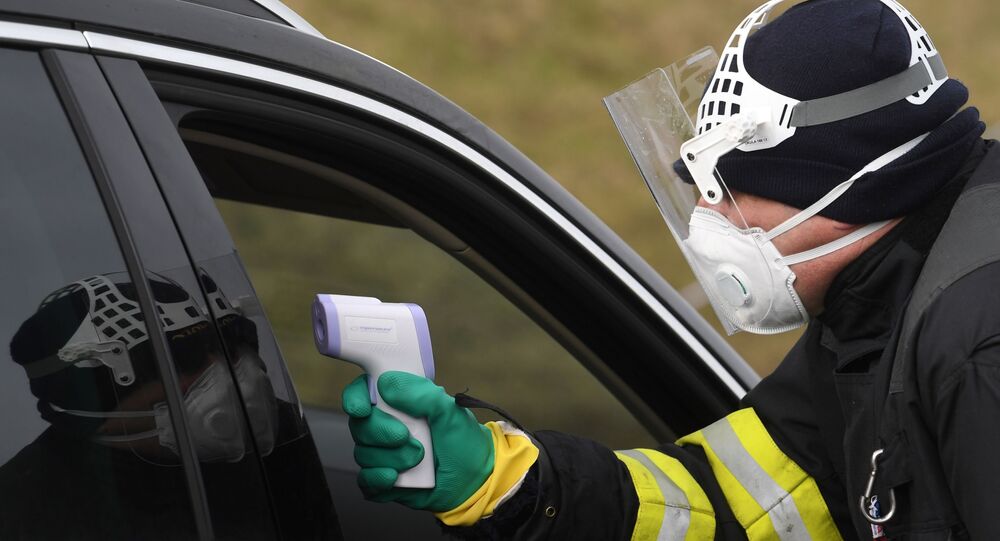 PRAGUE (Sputnik) - The Czech Health Ministry confirmed two new coronavirus disease (COVID-19) cases on Tuesday, which brings the total number of those infected to 40, and noted that one of the patients in Prague, a taxi driver, had no contact with people coming from countries affected by the epidemic.

"The national specialized laboratory on Tuesday confirmed two new positive test results for coronavirus. In the first case, it was a 61-year-old woman who was in contact with a colleague who contracted COVID-19 after returning from Italy. In the second case, it is a 54-year-old man who was on holiday in Italy. Other than that, for the first time, a coronavirus case was detected in a person who had nothing to do with the countries where COVID-19 is widely spread. He is a Prague taxi driver. In total, 40 people are being treated in hospitals or at home," Health Minister Adam Vojtech wrote on Twitter.

Since Monday, the Czech Republic has been implementing a special government decree, under which any person can be stopped at 10 sections of the border for random checks by police, customs officers and firefighters. If their body temperature exceeds 38 degrees, they are sent for a physical examination to the nearest hospital. Similar random checks of passengers' health are being organized at train stations and airports. In the coming days, several thousand people will be returning from vacations spent in Italy, so the authorities are considering involving military personnel in the checks.

In the meantime, the Belarusian Health Ministry confirmed three new COVID-19 cases earlier in the day, bringing the total to nine.

"As for the three patients who are considered to be the first level of contacts [with those infected], patients who returned from Italy and who tested positive [for the virus] three times during the weekend, the test results for the presence of the ribonucleic acid of the virus have been confirmed," the ministry said in a statement.

So far, three people have recovered from the disease in Belarus.

To date, the number of people who have contracted the coronavirus disease globally has exceeded 114,000, and over 4,000 died. The virus has spread to more than 100 countries since emerging in China in December, according to Johns Hopkins University.