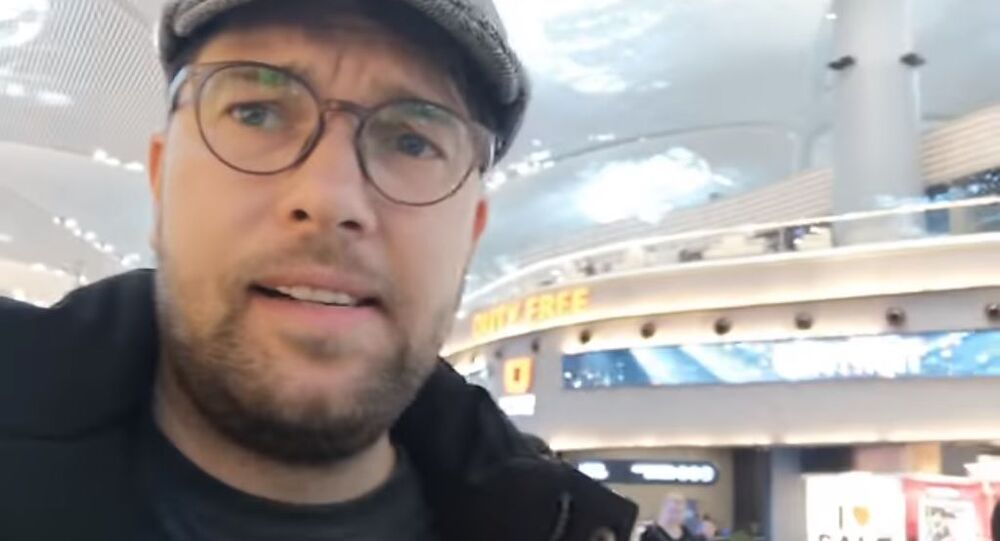 Currently, tens of thousands of asylum-seekers are camping out on the Greece-Turkey border in search of ways to cross into Europe, reigniting fears of a new migrant crisis.

Swedish Democrats party leader Jimmie Åkesson has been arrested and deported from Turkey allegedly for handing out immigration-related leaflets on the Turkish-Greek border. Åkesson's leaflets informed migrants that Sweden was “full” and could no longer provide them with money or housing, hence it was a bad idea for them to try their luck there.

His words mirrored the famous slogan of the murdered gay anti-immigration Dutch politician Pim Fortyn, who had said "Holland is full".

By Åkesson's own admission, he was escorted by a dozen of Turkish police and expelled from the country for life.

“I don't really know what's going on, but I have an escort of a gentleman and ten more,” Jimmie Åkesson said in a movie he himself recorded. Åkesson suggested that he will “never again be allowed to Turkey”. “For some reason they don't want me here anymore.” By his own admission, he was asked to sign a document in Turkish, which he refused.

​According to the Sweden Democrats leader, one must ask the Turkish authorities for permission to distribute political leaflets in their country.

“That's what democracy is, they say”, Åkesson explained. "So if I am now a serious criminal in Turkey, I must respect it."

In a subsequent interview with Expressen newspaper, Jimmie Åkesson argued that the Swedish government should act against Turkey and stop mocking him, something the Social Democrat minister Anders Ygeman did on Twitter.

“Still a little sad that Sweden is full when this happens”, Ygeman tweeted, linking to a news article describing Åkesson's deportation.

​Meanwhile, Åkesson's actions and arguments have sparked a serious debate in Sweden. Many journalists and debaters, including criminologist and novelist Leif G. W. Persson suggested that Åkesson has “never been to Norrland's interior”, the country's northernmost part, which is sparsely populated and has lots of space.

Åkesson addressed these claims in a subsequent series of tweets.

“It is not difficult to recall a number of less successful attempts to place asylum seekers in more sparsely populated areas in, say, Norrland's interior. But – and this is my point – it is not primarily physical space that is referred to in my argument, and most people understand that. What matters is capacity in healthcare, schooling, access to housing, segregation, security and so on. Sweden IS full!” Åkesson said, reiterating his claim.

Currently, tens of thousands of asylum-seekers are camping out on the Greece-Turkey border in search for ways to cross into Europe, triggering fears of a repetition of the 2015 migrant crisis, when hundreds of thousands of migrants entered Europe via a plethora of routes.