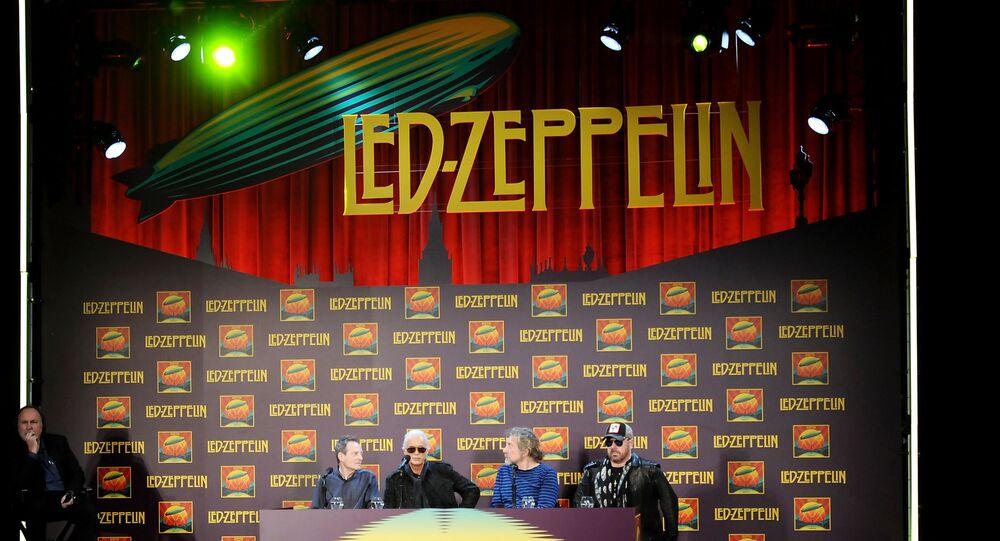 Members of the legendary British rock group Led Zeppelin have been fighting a copyright dispute since 2014, after they were accused by a pop band's trustee of ripping off the chord progression for their rock classic 'Stairway to Heaven'.

Led Zeppelin emerged victorious in a copyright dispute case on Monday after a federal appeals court ruled that the iconic British rockers did not steal the opening riff of 'Stairway to Heaven', according to the Hollywood Reporter.

A panel of 11 judges on the 9th US Circuit Court of Appeals in San Francisco made a 9-2 decision that the famous rock anthem did not infringe on the song Taurus, written by guitarist Randy Wolfe from the 1960's era pop rock band Spirit.

"The trial and appeal process has been a long climb up the 'Stairway to Heaven'", Circuit Judge Margaret McKeown wrote for the majority.

The British rock legends were, due to similar chord progressions, accused in 2014 of ripping off Wolfe's song by Michael Skidmore, a trustee of the now deceased Wolfe, who performed on stage as 'Randy California'.

Wolfe drowned in 1997 but the trustee for his estate had sought damages of what could have easily reached into the millions of dollars, had Led Zeppelin lost.

"Obviously, the court got it wrong", said the trustee's lawyer, Francis Malofiy, following the ruling. "This is a big loss for creators, those who copyright laws are meant to protect".

Malofiy also claimed he may send an appeal to the US Supreme Court.

Skidmore suggested Zeppelin's lead guitarist Jimmy Page may have written the Stairway riff after hearing Taurus live when the two bands played live together at a concert in the late 1960s, after Taurus was written.

The case went to a high-profile trial in 2016, at which Page and Led Zeppelin's singer Robert Plant gave evidence. The jury decided that the tracks were "not intrinsically similar" and rejected the claim.

Page, Plant and John Paul Jones, the surviving members of the band, testified that the chord sequence under examination had "been around forever".

However, in 2018 the 9th US Circuit Court of Appeals determined that the trial judge had made a series of errors, including not allowing the jurors to listen to Taurus, and ordered new hearing.

Monday's decision determined that the alleged errors did not require a new trial and that minor song similarities do not support infringement claims.

"We have never extended copyright protection to just a few notes", McKeown wrote.

Stairway to Heaven - one of the most, if not the most, famous classic rock songs - is estimated to have grossed $3.4 million over the five-year period at issue in the earlier trial alone.