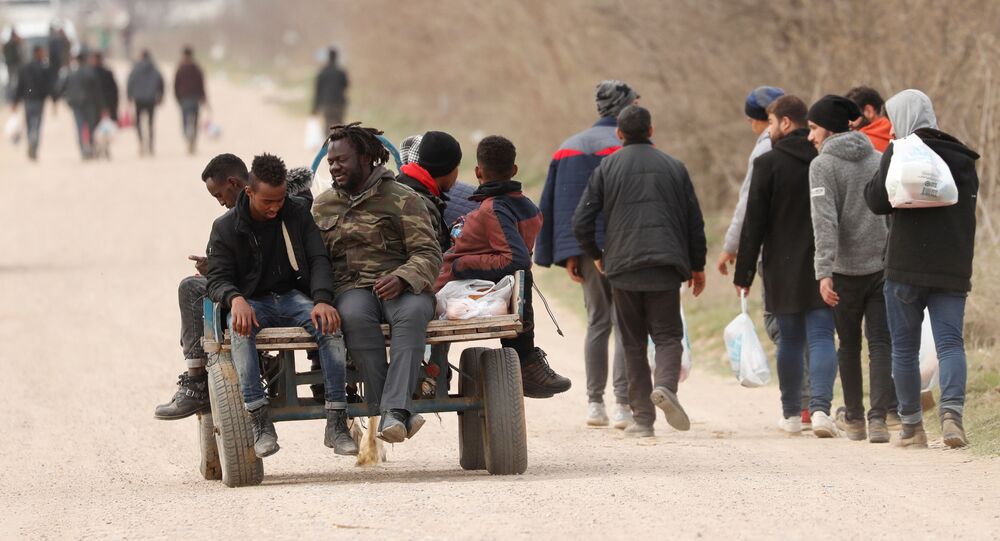 Having learned the downsides of open borders the hard way, the European Union does not want to take in the tens of thousands of refugees and asylum-seekers that are camping out on the Greece-Turkey border in search for ways to cross into Europe.

Germany’s foreign minister has accused Turkey of using the refugee crisis as leverage against the European Union as the bloc faces the threat of a new migrant crisis.

The European Union will not refuse to talk about “financial gaps” in humanitarian aid to refugees, Heiko Maas said in an interview published on Monday, but will “not accept that people who find themselves in a desperate situation should be misused as a political bargaining chip.”

“Negotiations made at the expense of the weakest will not give the desired result,” he added, saying that further financial aid from Europe would depend on whether Turkey sticks to “its part of the deal”.

The statement preceded talks in Brussels between Turkish President Erdogan and senior EU officials on the ongoing refugee crisis.

Tens of thousands of migrants, mostly from Afghanistan and Syria, have gathered on the Greece border waiting to enter the European Union after Erdogan opened the Turkish side of the border.

The move came shortly after 33 Turkish soldiers were killed in a Syrian army strike in Idlib – and was interpreted in Brussels as an attempt to twist arms of EU power brokers in search for their support in Syria. Erdogan’s rationale was that the EU had not met its commitments under a 2016 migrant pact and that Turkey could no longer enforce it.

What’s the EU-Turkey deal about?

The EU and Turkey signed the agreement in March 2016, following an unprecedented influx of illegal migrants the previous year, to stop new ones from entering Europe. It notably envisaged that migrants who attempt to cross into Greece from Turkey without filing for asylum, or those whose asylum bid is rejected, would be sent back to Turkey.

Other conditions included beefed-up controls of Turkey’s borders and a mechanism to resettle one Syrian refugee in the EU for every Syrian returned to Turkey from the Greek islands. The EU in exchange promised to give Turkey financial aid and political concessions, such as waiving visa requirements for Turks travelling to Europe and re-vitalise the stalled accession talks.

With Greece police pushing back, migrants are now trying to seek shelter on the Greek islands in the Aegean Sea. Greece has called the episode an “invasion” and blocked any new asylum applications, while local police and military have prevented more than 38,000 attempted border crossings since late February, including 1,600 just between Sunday and Monday morning.

The German government is looking to build what it called a “coalition of the willing” to take in the children across Europe and said it is willing to accept up to 1,500 migrant children. It is not clear whether any European countries will join in.