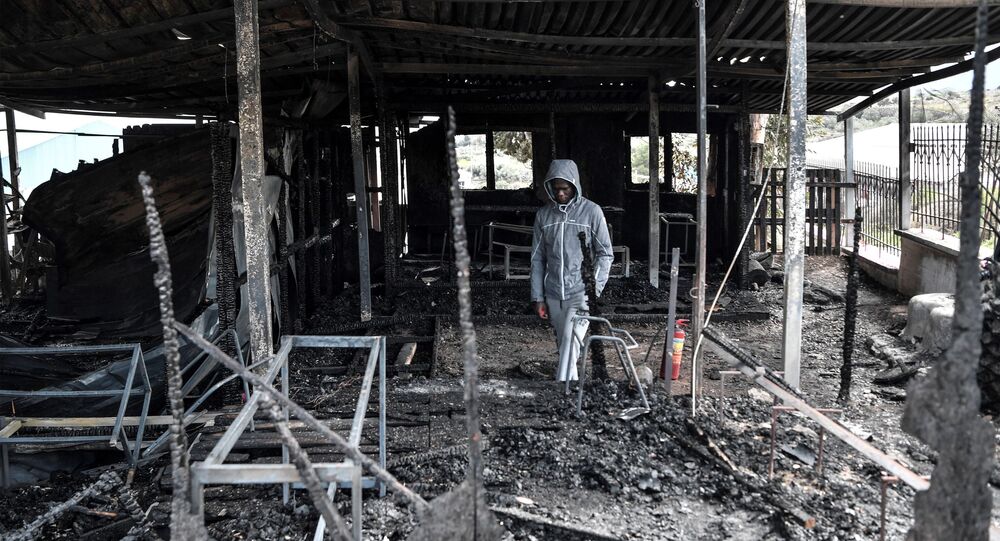 This comes amid tensions between Turkey and the EU over the fate of millions of migrants and refugees currently located on Turkish territory and the thousands who have already arrived at the Greek border.

A fire broke out at a refugee centre on the Greek island of Lesbos on Saturday, destroying a warehouse which contained furniture and electrical appliances, AP reported, citing the country's fire service.

It was the second fire at a migrants' camp on Lesbos this week. Previously, a reception centre was burned down on Monday.

The incidents come in the wake of a standoff between Ankara and the EU over who should bear responsibility for millions of refugees on Turkish territory.

On 8 March, Turkish President Recep Tayyip Erdogan repeatedly urged Greece to open its border and let the refugees go to other European countries.

Last week, he said that his country would no longer cope with the influx of refugees alone. According to him, the EU has not fulfilled its obligations under a refugee deal that was signed in 2016. Mr Erdogan added that Turkey was opening its borders to let people move towards the EU. Tens of thousands of migrants from Syria, Afghanistan, Iran, Pakistan, Morocco and some African countries headed to the Greek border after that. Greece reacted by deploying riot police to the border to prevent the refugees from entering.