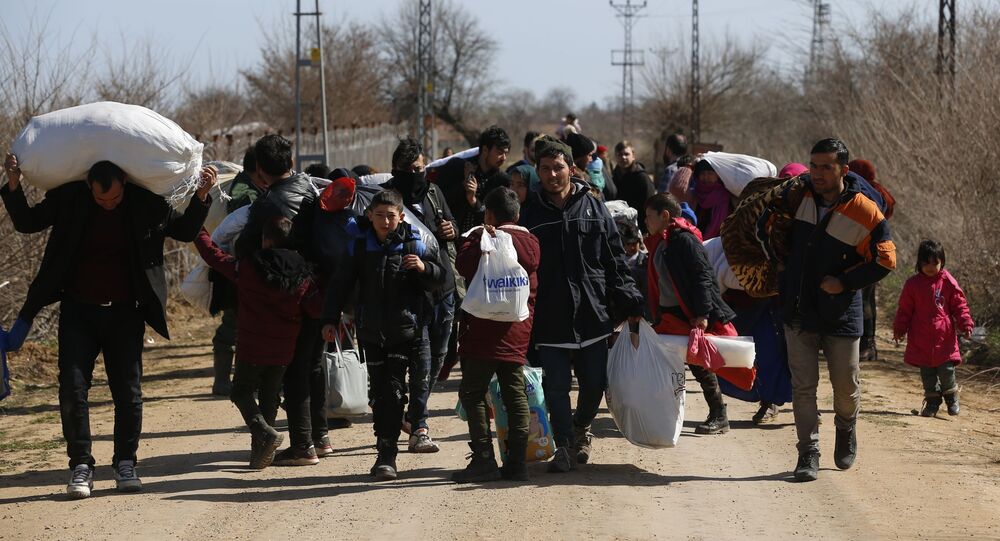 Amid the ongoing asylum chaos on the EU's frontiers, the leader of national-conservative Sweden Democrats Jimmie Åkesson has travelled all the way to the border between Greece and Turkey, where he handed out flyers to migrants with the message that Sweden is full and the generous contributions are over.

Jimmie Åkesson and his chief of staff Mikael Eriksson came down to the Turkish border town of Edirne at the Pazarkule border crossing where thousands of migrants have gathered following Turkish President Erdogan's message on 29 February to open the Turkish border for migrants. At the same time, Greek border police and military have been mobilised against the nascent crisis, which is widely seen as being a repetition of the 2015 disaster.

According to Åkesson, he wanted to form a view of his own by talking to both migrants and the police.

“Above all, the visit is about forming your own image of what the situation is like. Both by looking with your own eyes and by talking to migrants and police. We also hand out flyers with the message that Sweden is full”, Jimmie Åkesson explained to the news outlet Nyheter Idag.

“We hand out flyers where we describe that Sweden is full. So if you want to go to Sweden, it's a bad idea. We do not have the capacity to help more people”, Åkesson said.

Åkesson described the situation as a “constant flow of migrants on their way to Europe”. According to the Sweden Democrats leader, the migrants hail from Iraq, Syria, Morocco, and so forth. Sweden, Germany, and France are often mentioned as their destinations, and many of them are headed specifically to Scandinavia, the news outlet Samhällsnytt reported.

Åkesson also posted a grainy photograph of himself with flyers, captioned "Shut the border" and “We did all we could to stop the migrant crisis in 2015, we do all we can today”.

​For this feat, the leader of the anti-immigration Sweden Democrats, currently polling as Sweden's largest party despite long being treated as pariahs and who are yet to enter the government, was applauded by his supporters.

“The only party leader with backbone who puts his own citizens first. You should have all the honour. We stand behind you, and you are our next prime minister”, one reply said.

​“Well done” and “Good job” were other common replies.

© AFP 2021 / BULENT KILIC
'Strengthen the Border' Vs 'Open Your Hearts': Swedish Parties Polarised by New Migration Wave
Åkesson and his party also faced criticism for abuse of power in speaking on behalf of the entire Swedish people. Accusations of racism and nazism were also hurled at the embattled Sweden Democrats leader, who has led his party from relative obscurity to a force to be reckoned with since 2005.

At the height of the 2015 migrant crisis, whose repetition the Sweden Democrats wish to prevent, the country took in 163,000 asylum seekers, predominantly from the Middle East and North Africa, which had major repercussions for the economy, society, and social development.