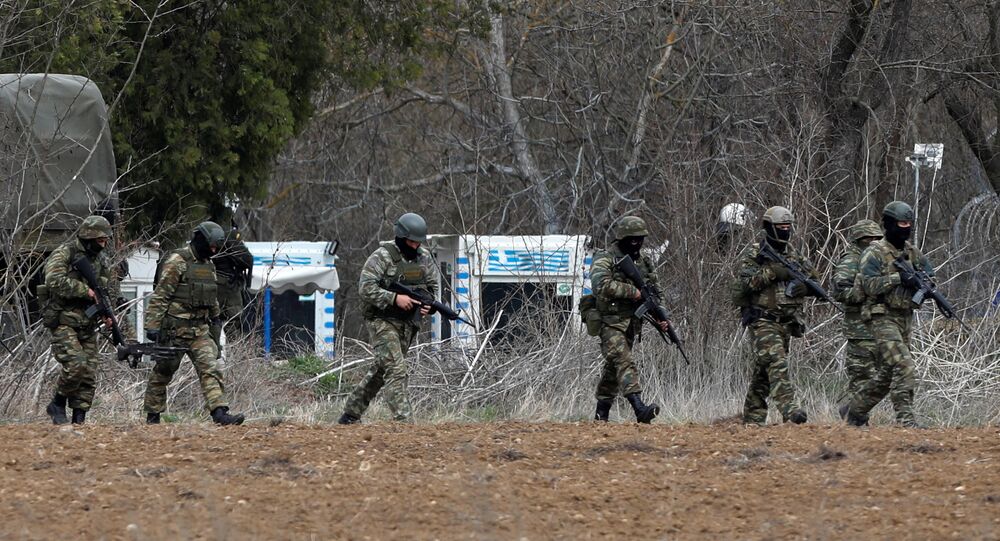 Day and night hundreds of volunteers are patrolling the Greek border in the Evros River delta. Paris Papadakis, lawyer and President of the Enosian Delta Association, has told Sputnik about the unity among Greeks, who are ready to side with the police to defend their country’s interests.

In the north of the prefecture of Evros, in the periphery of East Macedonia and Thrace, the Evros River forms a natural border between Greece and Turkey, creating a delta. Residents in the Evros Delta are maintaining a vigil to prevent any illegal attempts to cross the country’s borders.

Thousands of refugees and migrants have gathered on the border since Ankara decided not to stop Syrian refugees seeking to get to Europe by sea or land.

Hundreds of local residents have volunteered to guard the Greek border and carry out round-the-clock patrolling in the area. The Evros River itself and the surrounding area are guarded by private vehicles, including riverboats.

Paris Papadakis pointed out the unprecedented feeling of unity among the residents of ​​the Evros Delta, emphasising that volunteers are even carrying their own hunting weapons while patrolling the area.

“These days, more than 500 volunteers help protect the border. They are residents of the cities of Feres, Traianopoli and Alexandroupoli; they are members of our association, ordinary citizens, farmers, fishermen, and livestock breeders. In total, we’ve managed to prevent more than 10,000 illegal entries into the country, and we will keep on. Day and night we patrol the river and surrounding area, controlling certain crossing points where, according to the information we have, refugees may attempt to enter Greece. Having coordinated with the military and border guards, we create a duty list, with each duty lasting from five hours to as much time as each of us can endure. People patrol the area by car and on boats. All volunteers are armed as national guards. We carry hunting rifles for security reasons, nothing more", he said.

According to Papadakis, since migrant flows from Turkey are gradually moving to the Evros Delta, Greeks will patrol the area for as long as is needed:

“For the first time, I saw the region’s residents being so united, with no disagreements, unquestioningly obeying the authorities. This unity is very moving. We’ve set aside our businesses and are guarding the border. Currently, the tensions have subsided, but our patrolling hasn’t stopped, because, according to the information received, a new wave of migrants is expected. We will continue [patrolling] for as long as is necessary".

As Papadakis explained, this is not the first time that local residents are protecting Greek territories.

“People who use huts in the Evros Delta have always been concerned about issues related to illegal migrants. We have always helped the military and the police since there are quite a few places to illegally cross the border".

How Does the People’s Patrol Work?

“We support law enforcement agencies in practice. We track down illegal migrants and provide the police with the necessary information about carriers to arrest them. Every day we work as ‘eyes’ for the military and police. This is what happens all the time; we are always vigilant because the place itself binds us to it. For more than 50 years, farmers, livestock breeders, hunters, and fishermen have been using huts in the Evros Delta; and all this time we have been monitoring illegal border crossing by migrants", Papadakis concluded.