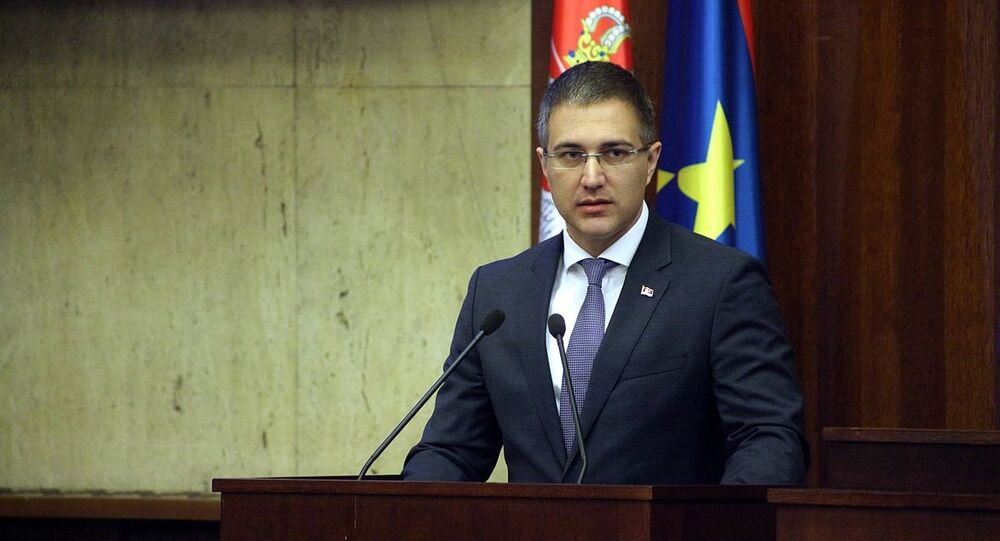 BELGRADE (Sputnik) - There are approximately 6,000 migrants within Serbia and the security forces are ready to defend the borders if a rapid influx of migrants from Turkey occurs, Serbian Interior Minister Nebojsa Stefanovic said on Tuesday.

Stefanovic discussed on Monday border enhancement measures with Hungarian Foreign Minister Peter Szijjarto. Earlier in the day, Szijjarto told Serbian television that he expects up to 100,000 migrants to arrive in Europe in the coming weeks.

"Despite false reports, there are currently about 6,000 migrants on our country's territory. Serbia will not become a parking lot for migrants, also no one will return and resettle hundreds of thousands of migrants from the EU to Serbia", the Minister said in a statement to push against rumors and disinformation.

Stefanovic noted that in the last five years, the Serbian authorities have purchased thermal visors, quadcopters and other equipment for the border police. He also recalled that most migrants arrive in the country via Northern Macedonia, and Belgrade had deployed its police forces to the Greece-Northern Macedonia border to stem the flow.

"The border police, the army, and other security forces and all bodies of the Republic of Serbia are absolutely ready to defend our country's interests in case of a substantial influx of migrants", he stressed.

On 28 February, Turkey opened its borders with Europe to migrants. Thousands have since flocked to the Turkey-Greece border attempting to cross into the European Union, with over 20,000 of such attempts prevented in three days.