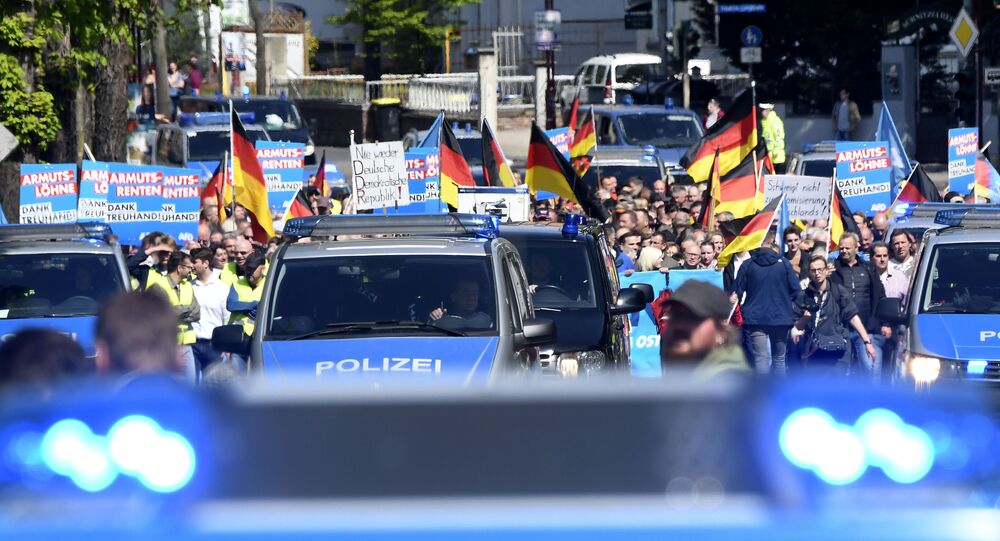 On Monday, the AfD announced that founding member and speaker Bjorn Hocke had been chosen as the party's nominee for state premier.

Supporters of the Alternative for Germany (AfD) party are holding a rally in Erfurt ahead of the Thuringia state premier election that will be held on 4 March. A counter-protest is also expected to take place.

Earlier this week, the party nominated Bjorn Hocke to run for the post of state premier.

In early February, a candidate from the Free Democratic Party (FDP), Thomas Kemmerich, was elected as the Thuringian Minister-President with support from local Christian Democratic Union (CDU) and AfD politicians. This caused turmoil within the CDU since that support violated the principles of the party's leadership not to cooperate with the AfD in any way. Following the scandal, Kemmerich resigned just three days after he was elected.