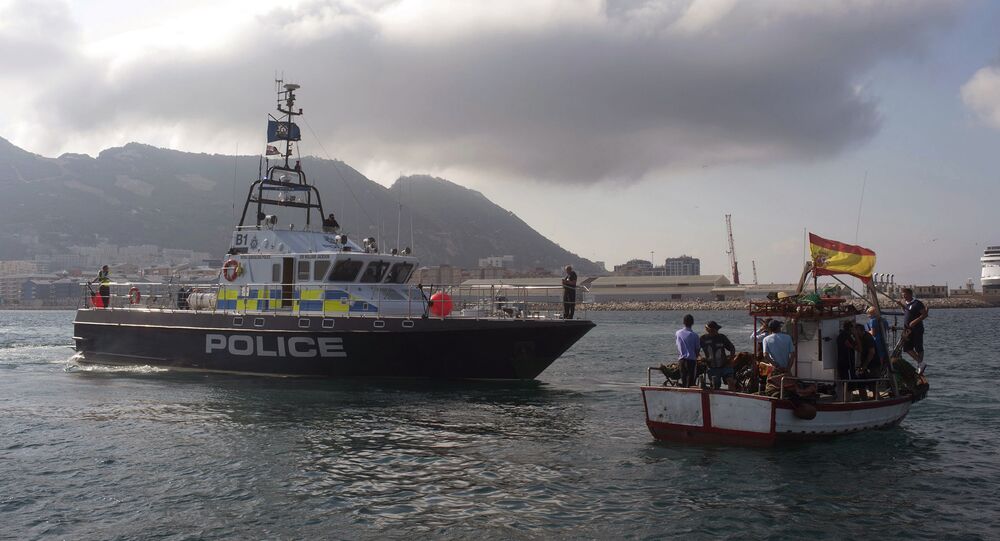 London Complained to Madrid Over 4,000 Spanish Incursions Into Gibraltar in Past Decade – Report

Gibraltar has been a British Overseas Territory since 1713, when Spain ceded it to Britain under the Utrecht Treaty. Recent decades, however, saw Madrid attempting to negotiate an eventual return of its sovereignty over the territory.

London has issued formal complaints to Madrid over about 4,000 unlawful incursions by Spanish vessels and aircraft into British waters and airspace around Gibraltar in the past decade, Gibraltar Chronicle reports.

The newspaper cited data released by the Spanish government earlier this week as saying that between 2010 and 2019, Madrid received a total of 398 diplomatic protests from London over the Spanish incursions which amounted to one per day.

While in 2010 there were just eight notes of protest that were filed regarding to 17 incidents, 2019 saw 46 protests lodged with respect of 666 incursions.

© AFP 2020 / Jorge Guerrero
This file photo taken on March 17, 2016 shows the Rock of Gibraltar with Spain in background

The largest number of complaints, 76, were filed in 2014, with the number of incursions reaching its tipping point in 2018 when it stood at 670.

The data comes after a UK Foreign Office spokesman stated on 31 January that “two air incursions were confirmed over British Gibraltar Airspace yesterday” , referring to Spain’s military helicopter and plane.

“We have no doubt about UK sovereignty over British Gibraltar airspace and will protest these incursions to the Spanish authorities”, the spokesperson pointed out.

Gibraltar-related tensions between London and Madrid especially escalated in March 2019, when a Royal Navy gunboat faced down a much larger Spanish vessel which entered British-controlled waters off Gibraltar and refused to leave for nearly two hours.

Adding fuel to the fire was Britain's withdrawal from the EU which raised concerns about whether the flow of goods and people along Gibraltar's border with Spain will be affected after Brexit, which finally took place on 31 January.

Situated in southern Spain at the strait between the Atlantic Ocean and the Mediterranean Sea, Gibraltar has been governed by Britain since 1713, when Madrid ceded it London. In recent decades, however, Madrid has repeatedly attempted to negotiate an eventual return of its sovereignty over the territory.