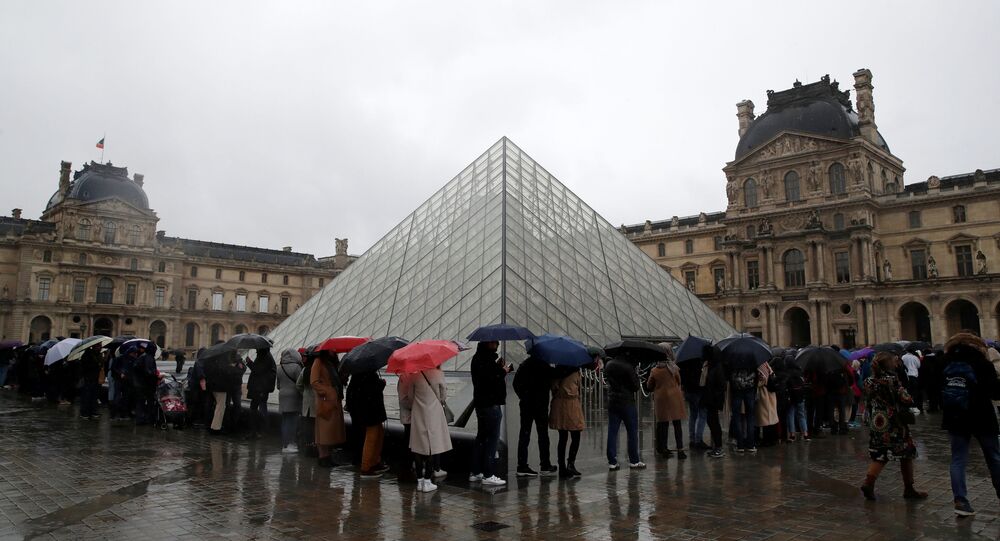 MOSCOW (Sputnik) - France's famous Louvre museum closed on Sunday as its staff decided to stage a walkout following a special meeting on the coronavirus outbreak in the country, media reported.

The fears were caused as museums were not covered by the ban on indoor gatherings of more than 5,000 people, which was introduced by the government on Saturday in a bid to contain the further spread of the deadly coronavirus disease in the country.

According to the national Le Parisien newspaper, the museum's doors have been closed since Sunday morning due to concerns among its personnel about the growing number of people infected with the coronavirus disease (COVID-19) in France. As the administration's response to their fears did not satisfy the worker, 298 out of 300 decided to exercise their right to withdrawal and did not work that day.

© REUTERS / GONZALO FUENTES
Cooties! French Authorities Urge Populace to Refrain From Kissing Amid Coronavirus Concerns
An emergency meeting of the Committee for health, safety and working conditions would be held on Monday to decide when the museum would reopen, the newspaper added.

To date, in France, over 100 people have been infected with the epidemic, while two of them have died, according to Jerome Salomon, the director general of health. On a global scale, the deadly virus has already infected over 87,000 people worldwide, resulting in the deaths of more than 2,950 people. Over 40,000 of the people who have contracted the disease have since recovered.