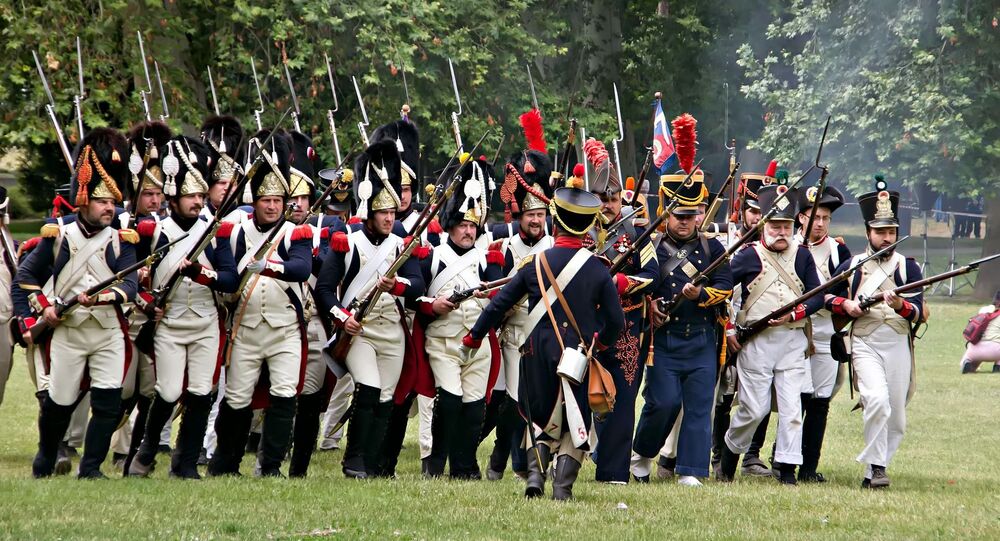 Earlier, the Greek government reignited a heated diplomatic debate over demands to return alleged “historic plunder” like the Elgin Marbles currently on display in the British Museum to Athens after a draft of ongoing post-Brexit trade negotiations was leaked to the public.

French historians are hoping for the repatriation of Napoleon III in the wake of Brexit, with a request reportedly sent to the Foreign Office asking the government to consider the return of France’s final monarch’s remains in any future talks, writes The Telegraph.

French historian Dimitri Casali has been point man in a chorus of voices demanding the remains be returned to the country of origin as a 'gesture of reconciliation' between France and Britain.

Author of a book on Napoleon III, Casali was qopted by the publication as saying:

“He was a very, very great man. It's very important for France to have the body of Napoleon III… It will be an elegant gesture of reconciliation between England and France. England has their Royal Family, but we have nobody, we have Macron.”

The first President of the French Republic and the last monarch of France, Charles-Louis Napoleon Bonaparte entered the Franco-Prussian War in July 1870, suffered a swift defeat, and was captured by the Germans at the Battle of Sedan. Released in 1871, he fled to England, where he died 1873 and was laid to rest in a tomb in St Michael's Abbey, Chislehurst, until Empress Eugenie removed his body to Farnborough, Hampshire.

The current news comes as the British Museum vowed to fend off attempts by Brussels to return the Elgin Marbles, as reports suggested the EU's draft negotiating mandate post-Brexit had been injected with a clause stipulating that “Parties should, consistently with Union rules, address issues relating to the return or restitution of unlawfully removed cultural objects to their countries of origin.”

© AFP 2020 / Leon Neal
A marble metope sculpture (447-438BC) from the Parthenon in Athens, part of the collection that is popularly referred to as the Elgin Marbles, depicting a battle between a Centaur and a Lapith.

Although the document didn’t mention any particular objects, it wasn’t long before the Parthenon Marbles were linked to the topic after an EU diplomat, cited by Reuters, said the clause was added at the request of Greece, with support from Italy.

Diplomatic debate has long raged over returning alleged “historic plunder” like the Elgin Marbles, a collection of Greek 2,500-year-old sculptures that British diplomat Lord Elgin removed from Athens in the early 19th century when Greece was under Ottoman Turkish rule and housed in the British Museum.

Earlier, a British government spokeswoman, commenting on the draft EU document, said the UK’s position on the sculptures remained that they are “the legal responsibility of the British Museum”.

“That is not up for discussion as part of our trade negotiations,” the spokeswoman said in a statement.

Both sides have since issued statements indicating that the return of the marbles is not part of any Brexit-related negotiations presently.

“Greece’s request for the return of the Parthenon Marbles remains strong and it is not linked to a Brexit deal,” Stelios Petsas, a spokesperson for the Greek government, told Reuters.

Tense rhetoric between London and Brussels over the terms of their post-Brexit relationship has become a precursor to looming negotiations scheduled to start in early March.