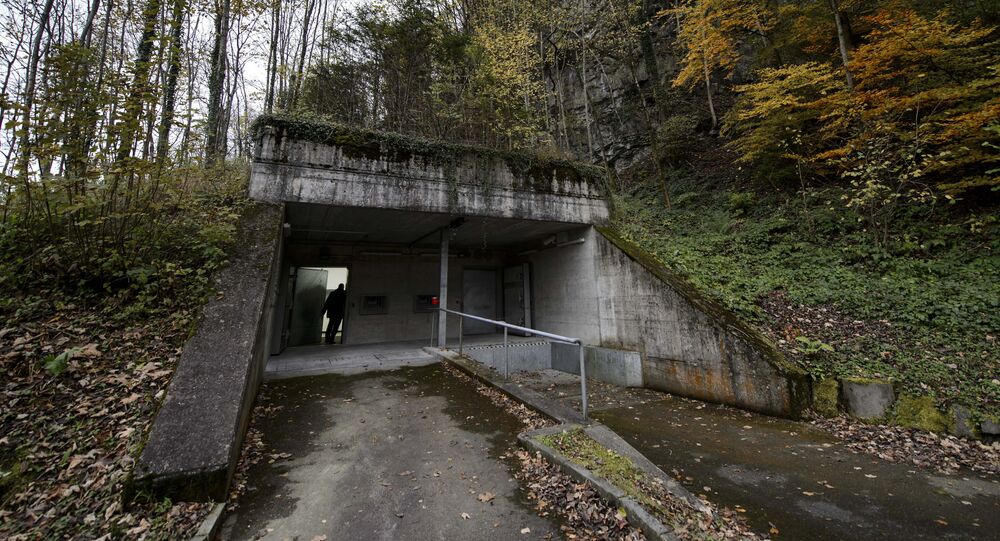 Switzerland was one of the few countries in Europe not to be dragged into World War II, although Nazi Germany and fascist Italy did prepare a top-secret plan known as ‘Operation Tannenbaum’ to occupy the country, with the Swiss Army planning a nationwide partisan warfare campaign.

Residents of the tiny Swiss village of Mitholz, population 170, may be forced to evacuate their picturesque mountain chalet community so that the military can clear out some 3,500 tonnes of explosives from a WWII-era underground arms dump.

The country’s defence ministry warned this week that “total evacuation” of the community would be necessary amid an “unacceptable” risk deemed to be posed by the buried arsenal.

Half of the Mitholz arsenal was destroyed in an explosion in 1947, killing nine people and damaging local homes, and now, the defence ministry warns that a second explosion may be conceivable.

In a statement to the press, the defence ministry warned that “depending on how the work develops, residents should expect the evacuation to last up to more than 10 years,” with work to clear out the explosives expected to start only in 2031.

In addition to the evacuation, a local major road may be rerouted, and a regional rail line possibly closed, “at least temporarily.” The operation could cost in excess of 1 billion Swiss francs (equivalent to about $1.04 billion US).

Tweet reads: "The village of #Mitholz will change a lot. With the evacuation of the old ammunition below the #village, residents are facing a 10-year evacuation. The question now is whether they will move away completely or return later."

Authorities are already monitoring rock movements and temperatures at the site and looking out for emissions of potentially dangerous gases, with the arsenal’s remnants covered by rocks from the first explosion. Officials sounded the alarm about the Mitholz arms depot in a 2018 risk assessment report.

Along with residents of Mitholz, residents of other local communities have expressed concerns about how their lives may be affected, with some telling Switzerland’s RTS public broadcaster that they would expect to be compensated if forced to leave.

Consultations on the issue will continue until April. Authorities say a second possibility is just to bury the decades-old ammunition in more rock, although project manager Hanspeter Aellig was cited by EuroNews as saying that that option would turn into a “toxic gift” for villagers’ descendants, with removal and safe destruction therefore preferred.

Switzerland was fortunate enough to maintain neutral in the Second World War, and has not actually fought in any European war since 1815, when it invaded France. Still, during the 1940s, the country maintained a strong territorial defence force of over 100,000 troops and was prepared to engage the Axis in a nationwide guerilla campaign in the event of an invasion. The Nazis did plan an invasion of the country as early as 1940 and as late as 1944, but decided not to do go forward with it, perhaps in part because Swiss banks continued to accept and launder Nazi gold and stolen art, and because the country engaged with trade with Berlin until 1945. During the war, the country was also home to major Axis, Allied and Soviet intelligence operations, including the legendary anti-Nazi ‘Lucy spy ring’, which provided key intelligence to Moscow about Nazi operations.