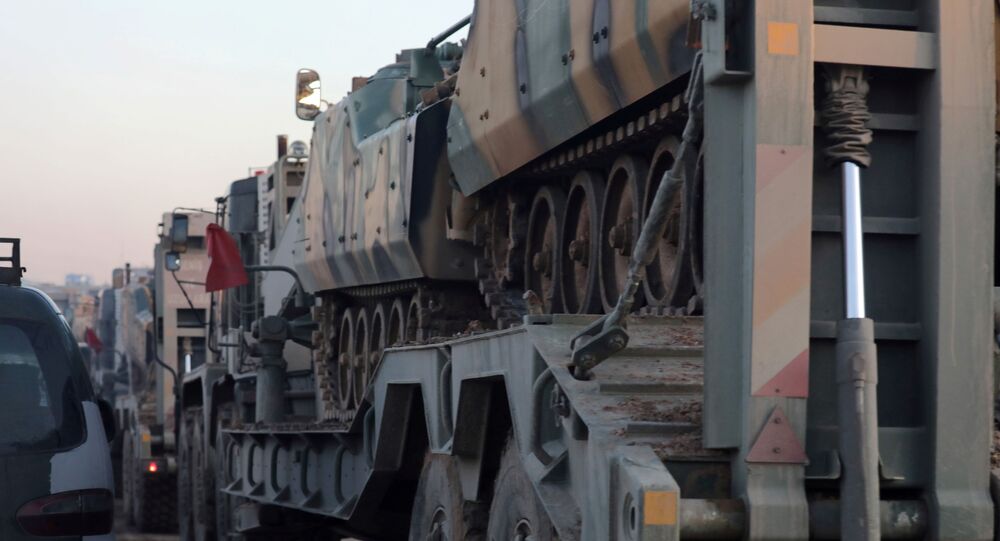 The move comes amid a deterioration of stability in Syria's Idlib, where 33 Turkish soldiers were killed and over 30 injured in an airstrike on Thursday. Turkish President Recep Tayyip Erdogan has blamed Russian forces for the attack.

The Permanent Mission of Greece to NATO on Friday evening vetoed a statement that the alliance was preparing to make in support of Ankara, following the recent killing of 33 Turkish troops, Greek newspaper Vima reported, citing information from Greek sources.

According to the newspaper, the foreign minister of Greece, Nikos Dendias, issued direct instructions to representatives to use a veto if the text of the joint statement does not include a Greek proposal to refer to compliance with the March 2016 EU-Turkey declaration on refugees and migrants.

The Greek demand was reportedly met with resistance by a number of countries, including the United Kingdom, Germany, the United States and France.

Earlier, Turkish Foreign Minister Mevlut Cavusoglu demanded to begin political consultations provided for in Article 4 of the Washington Treaty, which allows a member country to ask for the organization’s assistance if it considers that its security, territorial integrity or political independence are threatened.

Ankara also requested that its allies assist on air defense and intelligence in connection with the situation in Idlib, but no agreements have been reached on the issue, according to the publication.

The report comes as 33 Turkish troops were killed by a Syrian airstrike in the Idlib Governorate on Thursday. The Russian military later explained that the Syrian army targeted Hayat Tahrir al-Sham terrorists operating in the province, adding that Syrian government forces were not informed about the Turkish presence in the area.

The latest spike in fatal skirmishes follows several weeks of tensions triggered by attacks from Turkish-backed militants against the Syrian army.