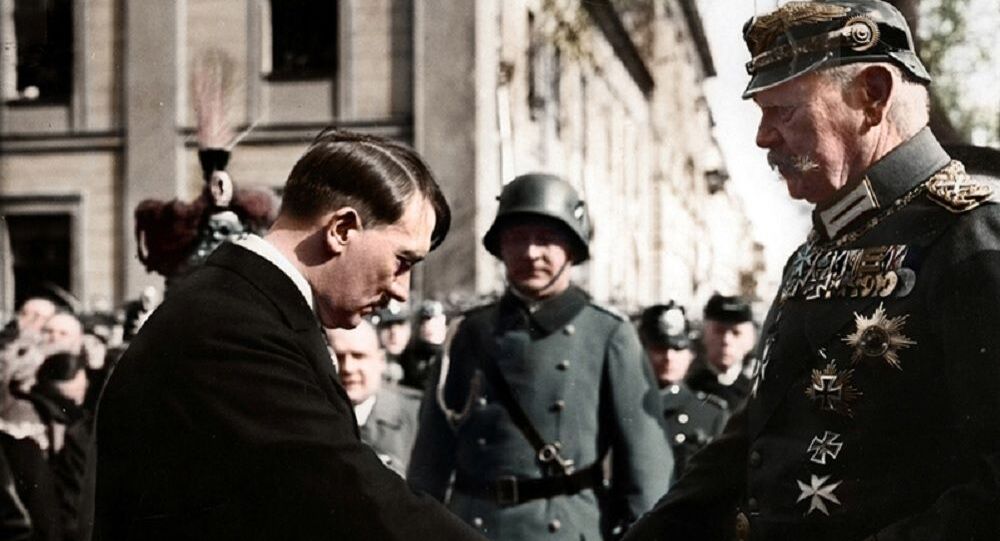 Adolf Hitler, to whom Paul von Hindenburg handed over power, despite the Weimar president being reelected in 1932, was stripped of the respective high-profile title during the years of ally occupation.

Hitler was also given a title that same year, but Berlin annulled the title in 1948 after the anti-Hitler coalition took control of the capital.

Other German locations have likewise ripped the World War One general's title - Dortmund, Kiel, Leipzig, and Munich among others.

Muller, is a member of the Social Democrats- the party that governs the city jointly with the Greens and post-communist Left party. He actually fulfilled a decision approved by the Berlin Senate in late January.

The move attracted a great deal of speculation from both sides of the aisle, with Left parliamentarian Regina Kittler branding Hindenburg "a perpetrator," saying he contributed to the destruction of democracy in Germany.

"The times in which we live require a standing-up for democracy," Kittler noted, as cited by DW.

However, there were also voices against the Berlin mayor's move.

Robbin Juhnke of Chancellor Angela Merkel's Christian Democrats (CDU) dismissed Hindenburg's de-recognition as "ahistorical". He asserted that however controversial the Weimar-era general was, he was twice Democratically elected as president of the Weimar Republic.

When Austrian-born Hitler was given German citizenship, after a number of skirmishes in 1932, he lost in the general elections to Hindenburg. However, the latter gave in, with Hitler finally taking the reins as chancellor, after controversial Nazi parliamentary gains.