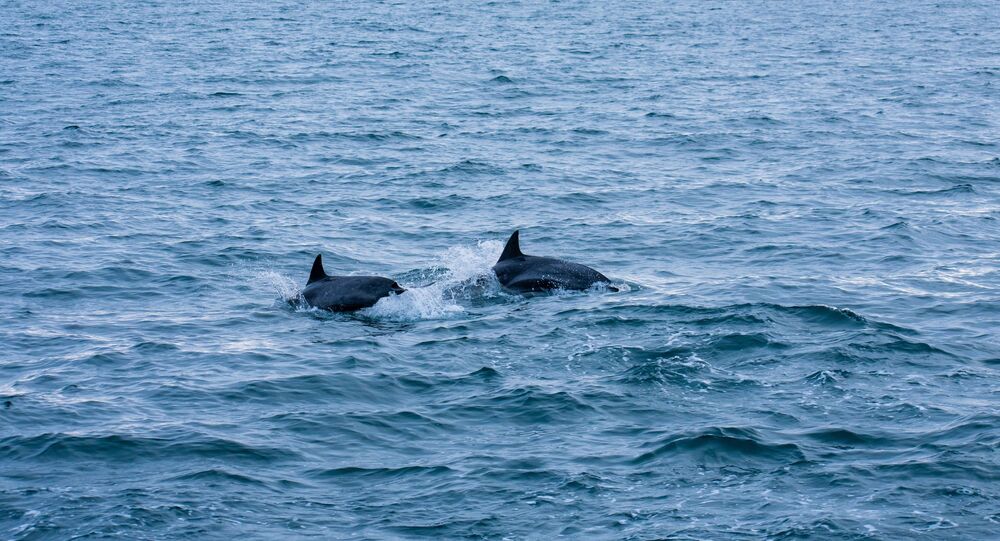 Hundreds of Dead Dolphins Wash Up on French Beaches - Reports

Earlier this year, French authorities issued a regulation stipulating the use of "pingers", special devices that emit acoustic signals, on some fishing trawlers in a move to protect dolphins.

Animal welfare activists from the group Pelagis have discovered around 670 dead dolphins along the beaches of France's Atlantic coast, saying that the number of dead mammals is likely to be much higher, Deutsche Welle reported on Wednesday.

Activists blame tightly meshed fishing nets for such numbers of dead animals, adding that many of them also appeared to have sustained injuries from fishing equipment.

"The level of deaths by-catch is not acceptable. This can lead to the extinction of local populations of the species", said European Union Fisheries Commissioner Virginijus Sinkevicius, adding that the figures were "unacceptable".

At the same time, the activists note that the real number of dead creatures could be much larger as many don't get washed up on beaches but sink to the ocean floor.

According to Matthieu Authier of the University of La Rochelle, the coast of the northwestern regions of Brittany and Vendee are the worst affected areas as last year more than 11,000 dead dolphins were found there.