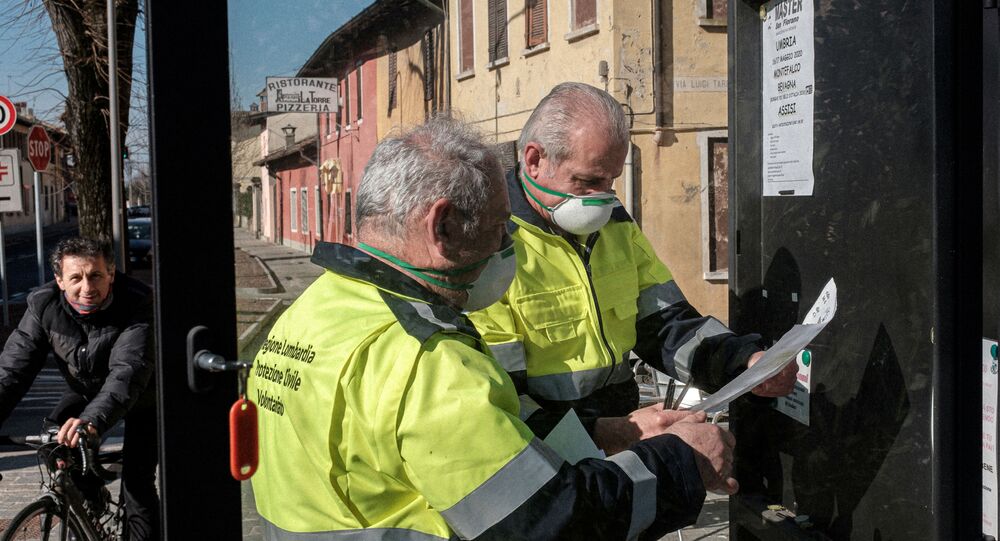 Death Toll From Coronavirus in Italy Rises to 10, Total of 332 People Infected - Officials

Earlier in the day, authorities of several European countries, namely Austria, Croatia and Switzerland confirmed first cases of people infected with the coronavirus in their countries.

The death toll from coronavirus infection in Italy has risen to ten with the addition of three more victims in the north of the country, Angelo Borrelli, head of National Civil Protection Service, said Tuesday.

"The number of infected is 322, and the total number of deaths that are included in the statistics is 10, as of now," Borrelli told reporters at a news conference in Rome after an emergency meeting of the Cabinet.

He added that cases of COVID-19 infection have been recorded in five regions of Italy so far.

Earlier in the day, Italian Prime Minister Giuseppe Conte accused one of the hospitals on the country's north of non-compliance with an established protocol that led to the disease outbreak in the country.

"We do not behave thoughtlessly, otherwise we would not have taken extreme measures. We cannot predict the spread of the virus. It is clear that there was an outbreak, and, moreover, it was revealed that at the hospital structure's level, the control did not comply with protocols adopted in such cases. This definitely helped the spread," Conte told the Rai 1 broadcaster.

© REUTERS / CARLOS GARCIA RAWLINS
Watch Chinese Village Inspector Perform Kung Fu to Block Visit to Coronavirus Quarantine Zone
The prime minister also called on other states to ensure the right to the unrestricted movement of all Italians despite the epidemic after several countries cautioned their citizens against making trips to the Apennines.

The new coronavirus, officially named COVID-19, was first registered in central China in late December and has since spread to some 30 countries, prompting the World Health Organisation (WHO) to declare a global health emergency.