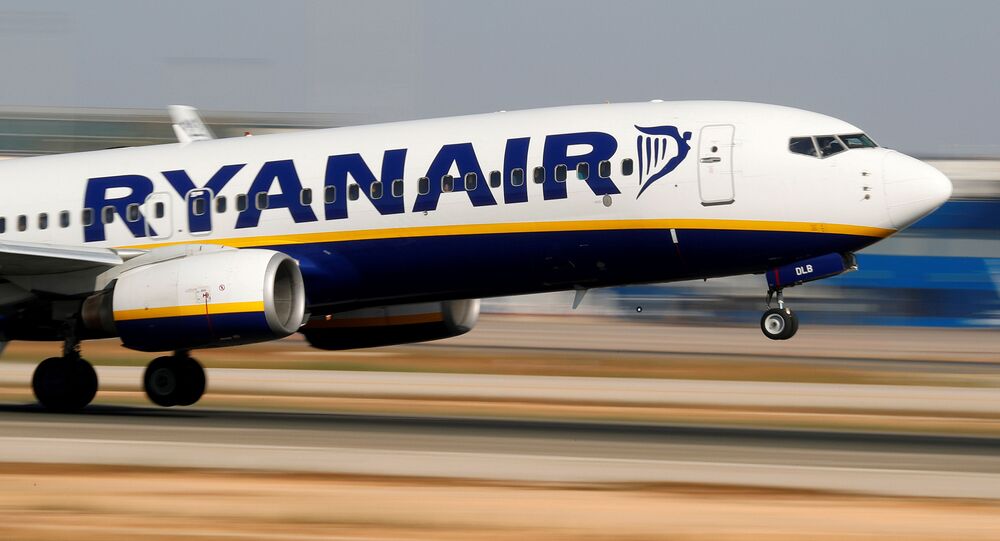 The notoriously pugnacious businessman, who is in charge of Europe’s biggest airline, has called for more stringent security checks on “males of a Muslim persuasion”. His comments came the day after a female British convert to Islam admitted to a plan to blow up St. Paul’s Cathedral.

Michael O’Leary, the chief executive officer of the Irish low-cost carrier Ryanair, has been accused of racism for saying that the terrorism threat comes from Muslim men.

“Who are the bombers? They are going to be single males travelling on their own,” O’Leary, 58, told The Times in an interview published on Saturday.

“You can’t say stuff, because it’s racism, but it will generally be males of a Muslim persuasion. Thirty years ago, it was the Irish. If that is where the threat is coming from, deal with the threat.”

He suggested, however, that checks should be more relaxed for families travelling with young children because there was "zero" chance of them being the attackers.

The comments were framed as “racist” by lawmakers and campaigners.

The Muslim Council of Britain said in a statement: “He openly advocates discrimination against ‘males of a Muslim persuasion’, which presumably is not based on specific intelligence but solely whether someone ‘looks or acts like a Muslim’. This is the very definition of Islamophobia.”

“It is a shame that such racism is being expressed so openly, and that the CEO of a large airline would so want to discriminate against his customers so brazenly.”

“If he can tell me what colour Muslims are, then I’d be very happy to learn from him – you can’t judge a book by its cover. In Germany this week a white person killed eight people,” he told the Times, apparently referring to shooting attacks on shisha bars in Hanau.

“Should we profile white people to see if they’re being fascists? He’s being very blinkered and is actually encouraging racism.”

O’Leary’s comments came the day after a female jihadi supporter admitted to planning to blow herself up in an attack on St. Paul’s Cathedral. The woman, 36, born Michelle Ramsden, reportedly comes from a non-Muslim family but converted to Islam when she was in her early twenties.

What is O'Leary known for?

He has been made a number of controversial remarks in the past, proposing a “fat tax” on obese passengers, proposed coin-operated toilets in passenger jets, and displaying particular hostility towards travel agents and climate change campaigners.

“Screw the travel agents,” the outspoken businessman once said. “Take the f**kers out and shoot them. What have they done for passengers over the years?”

He also stated in 2005: “The best thing you can do with environmentalists is shoot them. These head-bangers want to make air travel the preserve of the rich.”

To O'Leary's credit, he is one of a handful of CEOs who have revolutionised air travel, making it available to many who would have otherwise never been able to afford to fly internationally.

In the early 1990s, the company sent O'Leary to Texas to study Southwest Airlines, which had successfully taken advantage of Reagan-era aviation deregulation, and was making profits with lower fares. O'Leary took cost-cutting to an even further extreme. While Southwest provided customers with snacks instead of full meals, Ryanair generally only provides food to air passengers if they pay for it. Ryanair's offices don't even provide staff with pens in an attempt to cut expenses.

This "no-frills" attitude has, for better or worse, opened up Europe to the Irish middle and working class.