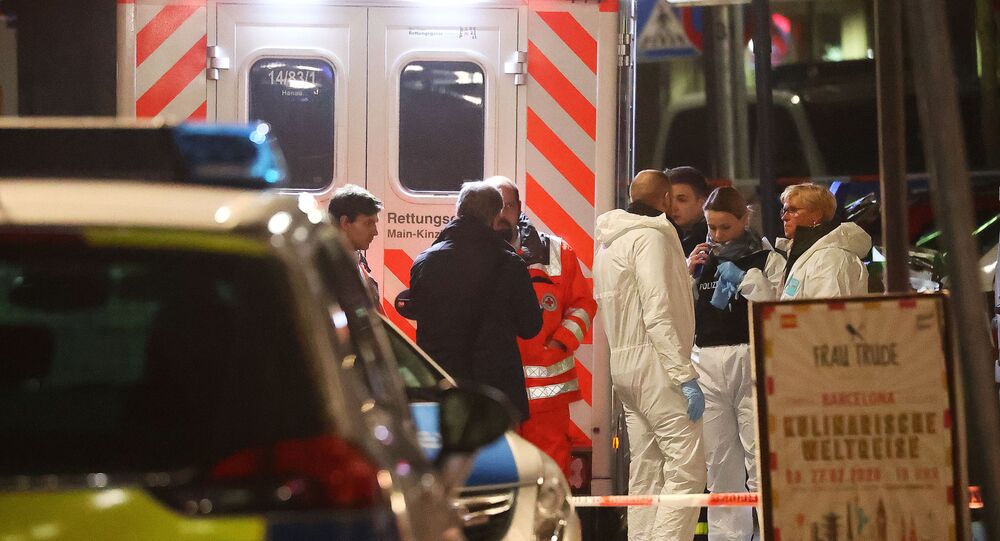 Ten people were shot dead and several others critically injured in attacks on shisha bars in the German town of Hanau, east of Frankfurt, on Wednesday, 19 February, with federal prosecutors treating the mass shooting, one of the deadliest in Germany in years, as an act of terrorism.

Tobais Rathjen, the right-wing terrorist who killed ten people and injured six during a shooting rampage in Hanau on 19 February, once played football for a youth team coached by Jurgen Klopp, reports the Daily Mail.

Rathjen is believed to have played in the youth section of Bundesliga side Eintracht Frankfurt sometime in the 1980s.

The gunman had posted a series of videos and an online manifesto on his website ahead of the shootings, where he referred to his time with the youth team, saying he had played between the ages of 10 and 15.

Rathjen boasted online of showing good footwork skills and professed impressive knowledge of the game, claiming that as of 2001 he had devised a strategy for the German national team to secure a World Cup victory.

The shooter wrote that his strategy revolved around making Jürgen Klinsmann manager, before replacing him with Klopp after he had built up his experience. Adding that he had known Jurgen Klopp during his time as a youth player at Eintracht Frankfurt, Rathjen went on to claim his plan was stolen from his brain by a secret service surveillance programme that was run by either the German or US government.

His thoughts, wrote the shooter, were passed on to the German Football Association, resulting in the German World Cup win in 2014.
Rathjen's now-deleted website, where the manifesto was published, showed the suspect’s obsession with conspiracy theories linked with mind control, alien abduction, and state surveillance programmes.

© REUTERS / KAI PFAFFENBACH
Police tape is seen in the area after a shooting in Hanau near Frankfurt, Germany, February 20, 2020.

According to the gunman’s friend, quoted by German newspaper Bild, Rathjen was a talented young footballer who showed great enthusiasm for the game, yet an injury dashed his hopes of a future in the sport.

“A knee injury abruptly ended Tobias’s sporting career. That was a severe blow to him,” a friend said.

“We can confirm that Tobias R played in the Eintracht Frankfurt youth section for a few years in the 1980s. The club has had no contact with Tobias R since then. We would like to make clear that Eintracht Frankfurt does not wish to offer the alleged perpetrator a platform. Eintracht Frankfurt clearly stands against any form of racism and extremism. Our thoughts are with the families and relatives of the victims and we wish all injured persons a speedy recovery.”

Ten people were killed and several more injured in the attack on shisha bars in the German town of Hanau, east of Frankfurt by the gunman on Wednesday, 19 February.

Authorities believe the suspect, identified as 43-year-old Tobias Rathjen, returned home after the rampage and shot himself. He was found dead in his apartment early Thursday, along with the body of his 72-year-old mother. Both died from gunshot wounds, according to the region's interior minister, Peter Beuth.

Investigators said that all the victims of the attack, including Turks and ethnic Kurds, were of immigrant origin.

The Hanau massacre became the deadliest in a spate of such attacks in Germany over the past couple of years, as in October 2019, at least two people were killed in the Halle synagogue shooting, while in June last year, a pro-migrant politician Walter Lübcke, 65, was shot in his garden by a suspect with right-wing links in the city of Kassel.