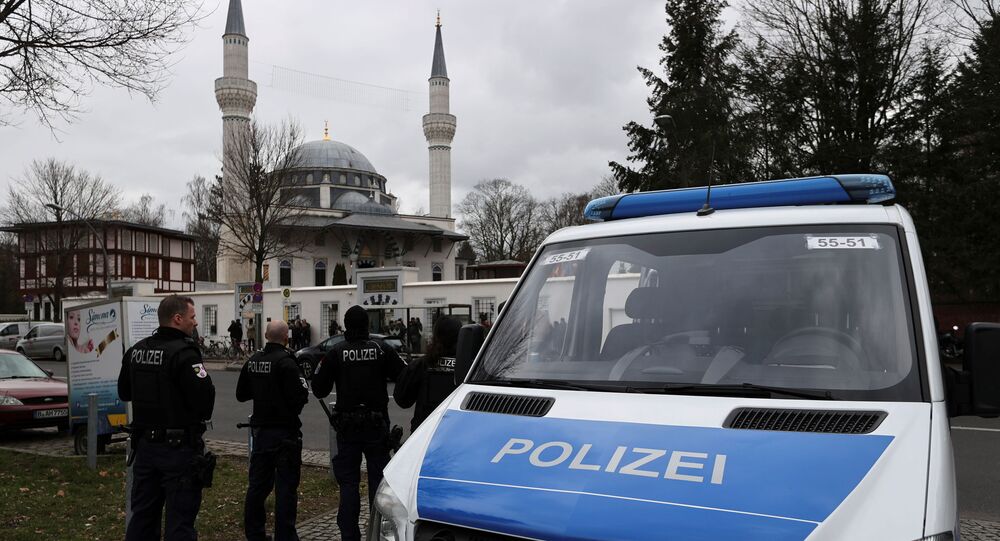 On Wednesday, at least nine people were killed and several others injured in shooting attacks on shisha bars in the western German town of Hanau.

He said that the measures had been agreed with regional leaders in order to prevent any copycat attacks.

Seehofer spoke after he attended a wreath-laying ceremony at the scene of the Wednesday on Thursday, during which he reiterated Chancellor Angela Merkel's words that "racism is a poison".

In Berlin at Sehitlik mosque, it’s just after Friday prayer and we’re speaking to members of the Muslim and Turkish community to find out how they’re feeling in the wake of the #HanauShooting. Notable police presence here today. pic.twitter.com/pk2SoVjcN7

He vowed to do his best to clarify the background of the perpetrators, but did not describe the Hanau killings as a “terror attack”.

The remarks came after police confirmed on Wednesday that at least nine people had been shot dead and several others critically injured in the attacks on shisha bars in the German town of Hanau, east of Frankfurt, earlier that day.

Investigators said that all the victims, among them Turks and ethnic Kurds, were of immigrant origin, while the suspected killer was reportedly identified as 43-year-old Hanau resident Tobias Rathjen. He and his 72-year-old mother were found dead inside Rathjen’s apartment on Thursday.

According to a federal prosecutor, the gunman posted a series of videos and a kind of manifesto on his website ahead of the shootings.

The AFP news agency reported that in the document, the murderer wrote that people from more than 20 countries, including Turkey and Israel, should be "destroyed".

The BBC, in turn, quoted London-based German counter-terrorism expert Peter Neumann as saying that the text contained “various, but mostly extreme right views, with a do-it-yourself ideology cobbled together out of parts found on the internet”.

Earlier, German authorities described Rathjen as a person who had “a deeply racist mindset”.

The Hanau bloodbath has become the latest in a series of such attacks in Germany over the past couple of years. In October 2019, at least two people were killed in the Halle synagogue shooting, while in June last year, a pro-migrant politician was shot in his garden by a suspect with right-wing links in the city of Kassel.

In July 2016, an 18-year-old attacker shot dead nine people at a Munich shopping mall before taking his own life.