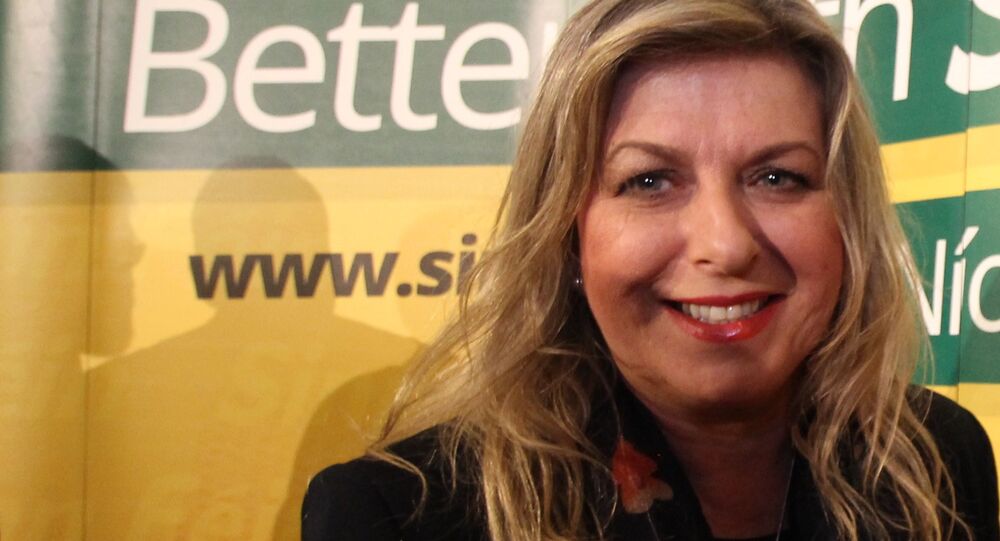 British media recently unearthed a bunch of tweets by newly-elected Irish MP Reada Cronin that heavily criticised what she called Israel’s meddling in British politics. Cronin’s party, Sinn Fein, has distanced itself from her comments.

Reada Cronin, a freshman Irish member of parliament, has deactivated her Twitter account and issued an apology after being caught in an anti-Semitism row due to her past comments about Israel.

“Some old tweets, most from before joining Sinn Fein and entering politics, have come to my attention,’ Cronin, 46, said in statement.

“I apologise unreservedly and wholeheartedly to people I have offended because of these glib, off the cuff tweets that I sent in the past. I never intended to cause hurt or distress to anyone,” she added, stating that she condemns “racism and bigotry of any shade”.

Cronin was elected to represent the constituency of Kildare North in Irish parliament in a general election earlier this month. The Times newspaper unearthed a bunch of her tweets dating as far back as 2012, in which she claimed that “Israel have taken Nazism to a new level” and implied that the “sinister” activities of Israel’s intelligence agency Mossad helped bring down Jeremy Corbyn in the last UK election.

The Israeli Embassy in Ireland accused Cronin of spreading “hate-driven conspiracy theories”. The outgoing Taoiseach (Prime Minister) Leo Varadkar and the Jewish Representative Council of Ireland have both described the tweets as being “anti-Semitic”.

Cronin’s left-wing party Sinn Fenn maintained that her remarks are not in line with their views, and party leader Mary Lou McDonald said on Wednesday that she accepted an apology from the lawmaker. She will not face further disciplinary action from the party.