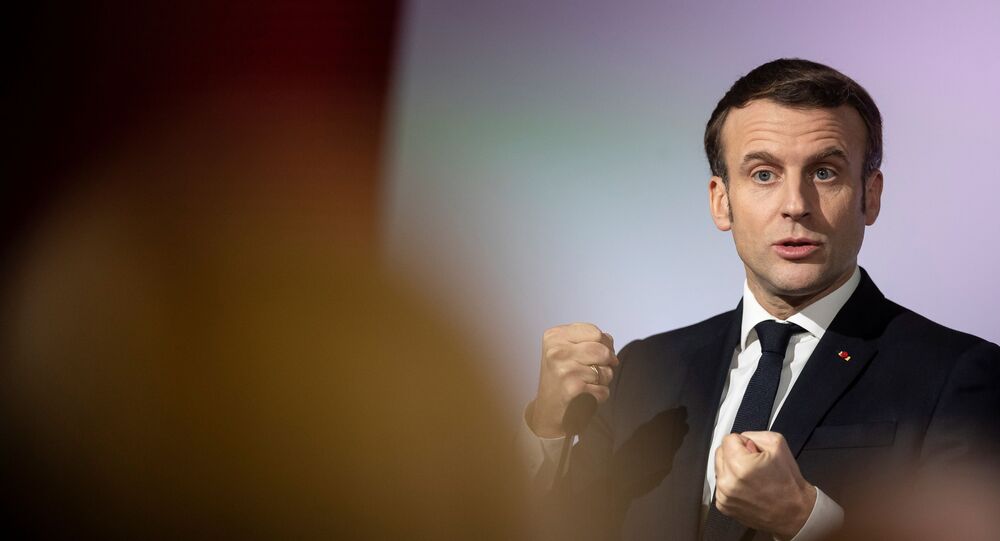 On Monday, Boris Johnson’s chief trade negotiator David Frost openly reiterated his boss’ position that a post-Brexit UK would not stick to EU rules and rejects Brussels so-called “level playing field” approach. Of all the other remaining European Union member states, France seemed to be the least happy about this stance.

France could cause a delay in the sign-off of the EU’s negotiating mandate with Britain, as President Emmanuel Macron is pushing for a tougher stance and more demanding conditions to be imposed on the ex-bloc member throughout post-Brexit trade talks, Bloomberg reported citing officials familiar with the matter.

The remaining members of the European Union planned to finish their discussion of a mandate this week, a document outlining the set of parameters for the bloc’s negotiators with the UK throughout 2020, and sign off on it on 25 February. However, France’s obstinacy regarding so-called level playing field issues has caused disagreements among EU partners, which could cause an eventual delay in the document’s publication and even possibly postpone the start of negotiations with Britain.

One of the issues at stake is EU-UK cooperation on asylum seekers, the outlet has learned, as France is urging for the replacement of a previous agreement concerning the UK’s treatment of deportees and is demanding this condition be added to the scope of the trade negotiations.

The first draft of the EU negotiating mandate that was published following Britain’s departure from the bloc on 31 January demanded London set up an independent body to cooperate with the European Commission and remain compliant with EU competition and state aid rules even if they get tougher with time. These demands have been vehemently rejected by London.

On Monday, the UK’s chief Brexit negotiator David Frost argued in his first public speech after assuming the post that sticking to EU rules and thus remaining within the supervision of the European Court of Justice would only undermine the whole point of Brexit. Frost also defended the idea that Britain should simply conclude a free trade agreement with the bloc as “any other independent state” and become both the EU’s “political partner” and “economic competitor”.

© AP Photo / Jean-Francois Badias
EU Commission President Says Brussels is Fine With Boris Johnson’s 'No Deal' Brexit Suggestion
This stance echoed Boris Johnson’s February speech, where the prime minister argued that “there was no need for a trade agreement to involve accepting EU rules on competition policy” or any other issues.

The United Kingdom officially left the bloc on 31 January and is now in an 11-month transition period to discuss its future economic and political relations with the 27 remaining EU member states. French Foreign Minister Jean-Yves le Drian earlier signaled that London and Paris could “rip each other apart” during the negotiations which are set to begin in March.