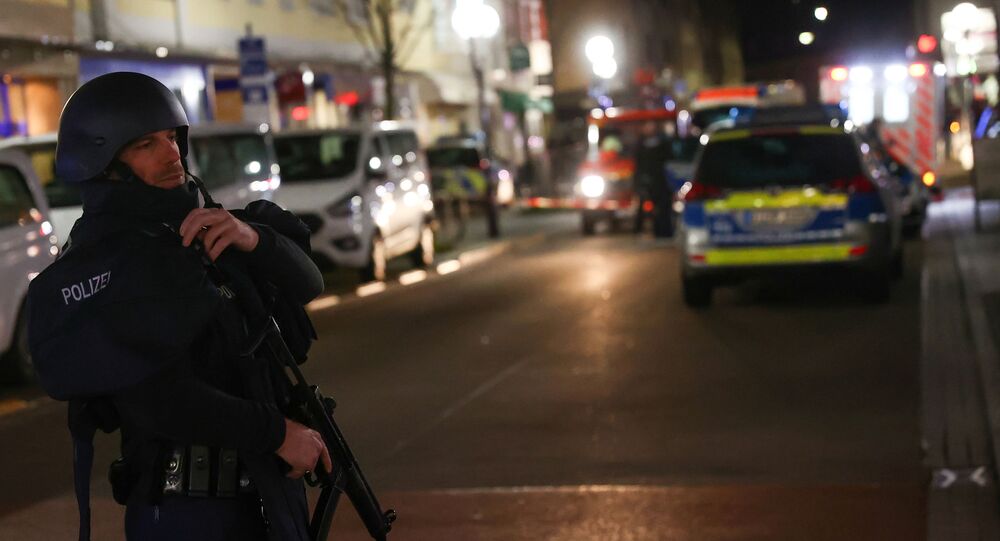 While the police are still working at the scene, the actual number of deaths is unclear so far, but there were reports of at least eight people shot as a result of the incident. The Hanauer Anzeiger newspaper later said there was one suspect who committed the attacks.

Several people were shot dead after two unknown gunmen attacked shisha bars in the German city of Hanau, Hessenshau reported on Wednesday quoting police sources. German police later confirmed that eight people were killed and five people were critically injured as a result of the shooting.

Police arrested one person in connection with the attacks, the Bild newspaper later reported.

According to media reports, the suspect entered the first bar in the city centre initially and opened fire, and then headed for another one in the Kasselstadt district. Shots were also heard at Kurt-Schumacher-Platz, a central square in Kesselstadt, Bild added.

Shooting at a shisha bar in Hanau several dead#Hanau pic.twitter.com/hZ1lY4DlUL

The suspects are reportedly on the run and the police are searching for them. The motive behind the attacks remains unknown.

A large contingent of officers was also deployed in Lamboy after reports of a possible shootout there, but it was not confirmed.