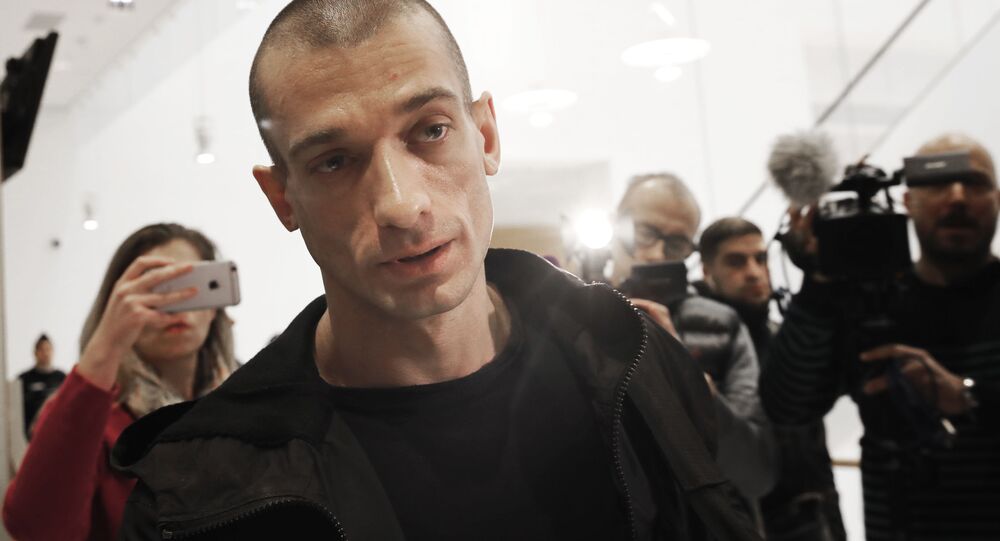 'Monstrous Hypocrisy': Russian Artist Pavlensky Comments on Charges Brought Against Him in France

The Russian artist also responded to claims that he is a "Kremlin agent", saying that such accusations are similar to claims he is a psycho or a criminal.

"When people do not like something, then they [turn to] insults. It is just an attempt to insult..or, it is the easiest way to explain everything", he said.

French prosecutors have launched a probe into the release of a sex video and intimate messages that French politician Benjamin Griveaux shared with a young woman on Pavlensky's website pornopolitique.com. The leak forced Griveaux, who is an ally of Emmanuel Macron, to withdraw from the Paris mayoral race.

Under French law, the publication of sexual materials without the owner's consent is punishable by up to two years in prison and a hefty fine.

Pavlensky has claimed he also has footage of other politicians.