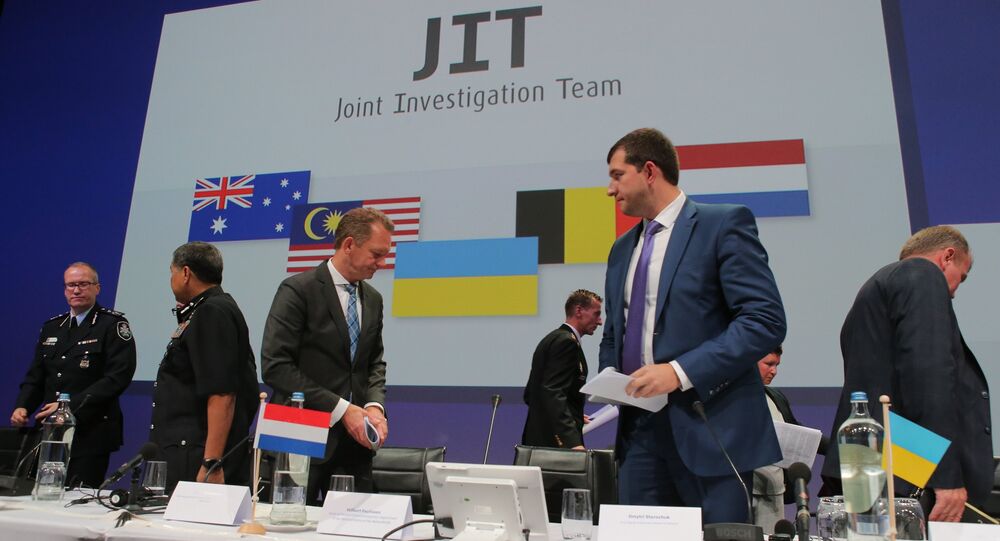 MOSCOW (Sputnik) - The Dutch Public Prosecution Service has declined to comment to Sputnik on the recently-leaked documents concerning the probe into the Malaysia MH17 crash in Ukraine, saying that it will speak about specific evidence or proof "in the courtroom only."

"The Netherlands Public Prosecution Service cannot comment on specific evidence or proof. This will happen in the courtroom only," spokeswoman Brechtje van de Moosdijk said.

One of the letters shows that the Dutch military intelligence service was unable to find a single Buk missile system capable of shooting down the Malaysia Airlines Boeing as it was flying over Ukraine, at the height of the 2014 conflict between Kiev and the self-proclaimed eastern republics.

© Sputnik / Vitaliy Belousov
Dutch Journalist's MH17 Investigation Backs Russia's Position - Kremlin
The crash is being investigated by the Dutch-led JIT, which claims that the aircraft was downed by a Buk missile originating from the Russian armed forces. The Russian Foreign Ministry has refuted the accusation as groundless and called the investigation biased.