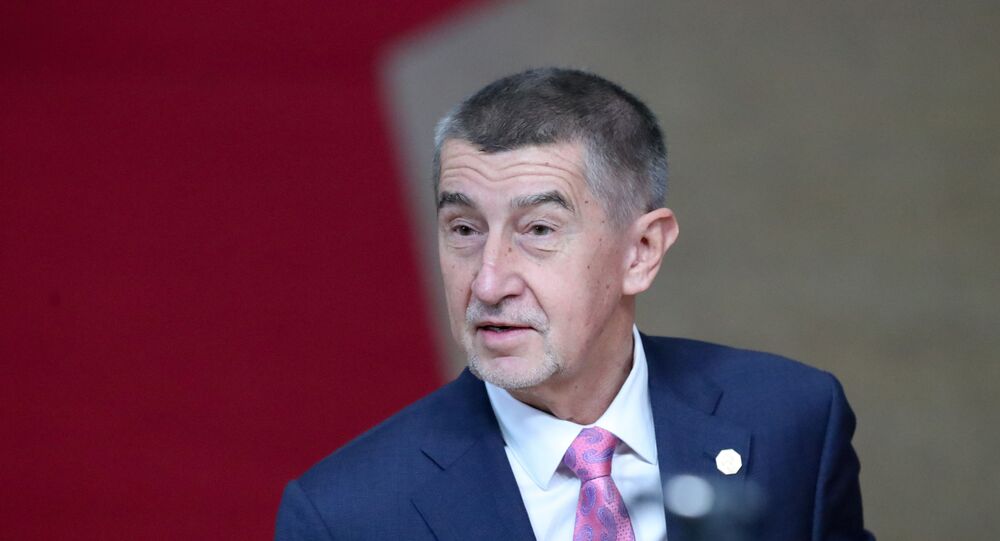 PRAGUE (Sputnik) - Prague could be able to allocate 2 percent of the country’s gross domestic product (GDP) for defence expenditure, as required by the North Atlantic Treaty Organization (NATO), beginning in 2024 if the Czech economy steadily grows, the country's Prime Minister, Andrej Babis, said on Monday.

"Well, if everything goes according to the plan and if we will have stable economic growth, we could achieve the mark of 2 percent of the GDP for defence spending in 2024", Babis told reporters, adding that discussing this issue before the next parliamentary elections, which are scheduled for 2021, was untimely.

The Prime Minister also recalled the government’s pledge to increase the defence budget by 1.4 percent of the GDP beginning the next year.

Babis added that Czech Interior Minister Jan Hamacek should have understood the prematurity of the matter before talking about it on the sidelines of the Munich Security Conference.

During a press conference in Germany, Hamacek criticized the idea of increasing the defence budget to 2 percent, citing a lack of resources and the need for more funding for social services such as pensions.

NATO states agreed in the Brussels Summit Declaration, signed in July 2014, to raise their defence spending to 2 percent of their respective GDP figures by 2024, something which a lot of allies have struggled to achieve. In 2019, the Czech Republic spent 1.19 percent of the GDP on the defence — one of the smallest amounts among NATO member states.