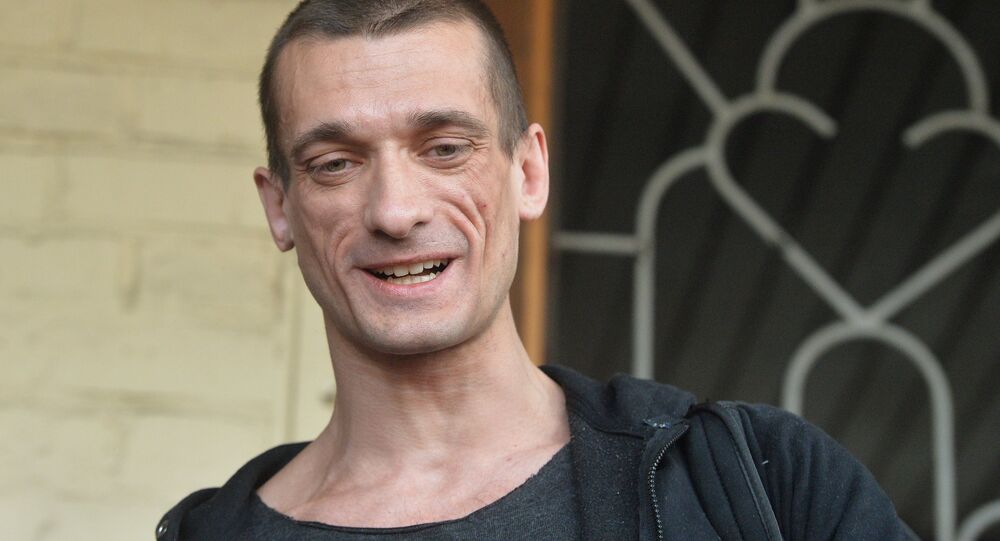 MOSCOW (Sputnik) - If Russian performance artist Petr Pavlensky loses his asylum in France due to him spreading a sex tape featuring Benjamin Griveaux, a former candidate for the Paris mayor's office from La Republique En Marche! party, he may receive it in another EU country, his lawyer, Olga Dinze, said on Monday.

"Even if he is divested of his asylum in France, which I doubt, he could be given asylum in any EU country. He has always said that he is a man of the world and he does not care where to live," Dinze said.

Pavlesnky was later detained by the police, along with his female associate. The incident provoked an outrageous reaction among the country's political class, with the disgraced candidate calling Pavlensky's move a violation of privacy, and some French lawmakers demanding to withdraw his right to asylum.

© AFP 2021 / Eric Feferberg and JOEL SAGET
French Health Minister Agnès Buzyn Replaces Griveaux in Paris Mayoral Race After X-Rated Video Leak
He is currently facing up to two years in prison and a considerable fine for spreading sexual materials without an author's consent.

Pavlensky claims he wanted to draw attention to Griveaux's hypocrisy for running as a candidate supporting family values, while at the same time engaging in salacious behaviour.