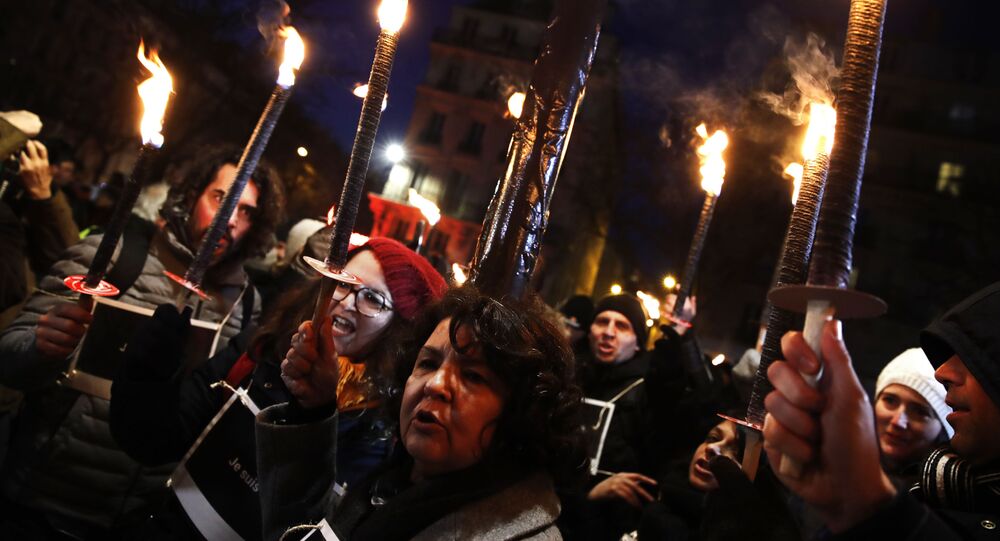 A nationwide strike began in early December of last year in response to the government's plans to replace 42 different pension schemes with a universal, points-based system.

French unions have once again gathered in the French capital to call on people to join the rally against the proposed pension system amid debates by the country's National Assembly over the reform.

Demonstrators gathered outside Opera Garnier before heading to the National Assembly, the lower house of the French parliament, which convened at 4 p.m. (15:00 GMT) for a public session.

People were seen carrying trade union banners and placards that read "Macron out" and "Social decline needs to be tackled, not talked about."

A more than one-year-long wave of Yellow Vests protests against planned fuel price hikes fused into a demonstration against amendments to the pensions system last December.

The pension reform announced by the French authorities involves keeping the retirement age at 62. However, to get a full pension, French citizens would have to work until they are 64.