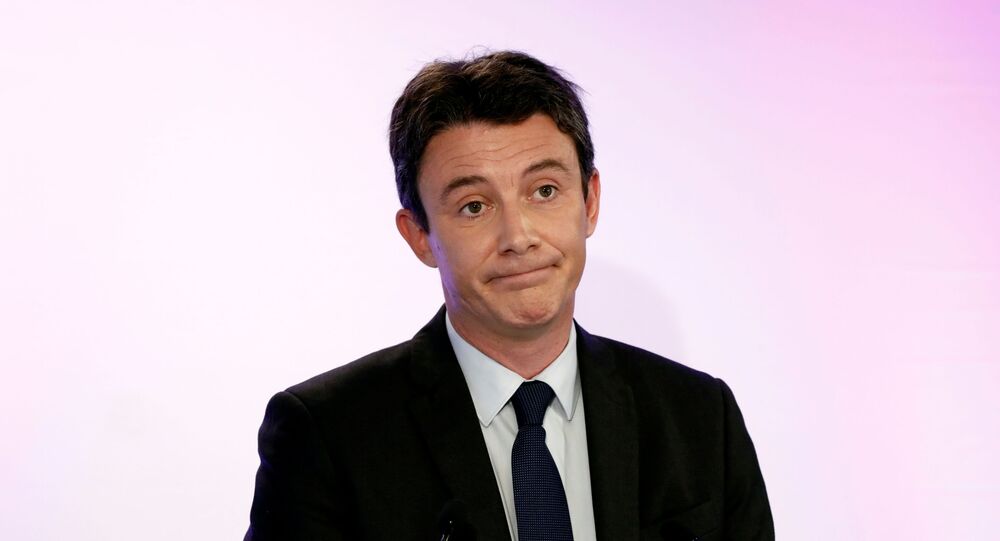 ​The leaks were released by Petr Pavlensky, a Russian protest artist, who was reportedly detained today in Paris as part of a separate case involving “violence with a weapon” on New Year’s Eve, according to the Paris prosecutor’s office.

"We have pseudo artists, political refugees, and their lawyer, who are celebrating in the 6th arrondissement of Paris and stabbing people. They don't care about the world! And they don't care about yellow vests! And they pretend to be pure. It's vomit!" said Griveaux's lawyer Richard Malka, in reference to the News Year's incident, according to L'Obs magazine.

Malka confirmed that a complaint had been filed against an unknown person, despite Pavlensky claiming responsibility.

The video showed a man said to be Griveaux, who has since publicly claimed that he sent the recording of the adult activity during an exchange of intimate phone messages with a woman. The video was posted alongside a profile of Griveaux's political statements and his "fanatical faith in family values".

The former government spokesperson, married with children, condemned the distribution of the video but quickly withdrew his candidacy for the mayoralty on Friday.

"My family does not deserve this. No-one should ever be subjected to such abuse," he opined.

The current mayor of Paris, Anne Hidalgo, criticised the video's release, suggesting that people's private lives, whether or not their public assertions and private actions match, should be respected. Hidalgo, of the Socialist Party, is currently ahead in thee polls and favoured to win ahead of The Republicans candidate Rachida Dati.

Pavlensky got political asylum in France in 2017. The same year, he set fire to the building of the French central bank. In January 2019, he was sentenced to a year in prison and two years of suspended sentence. Pavlensky was allowed to walk free because he had already spent 11 months in pre-trail detention by that time.