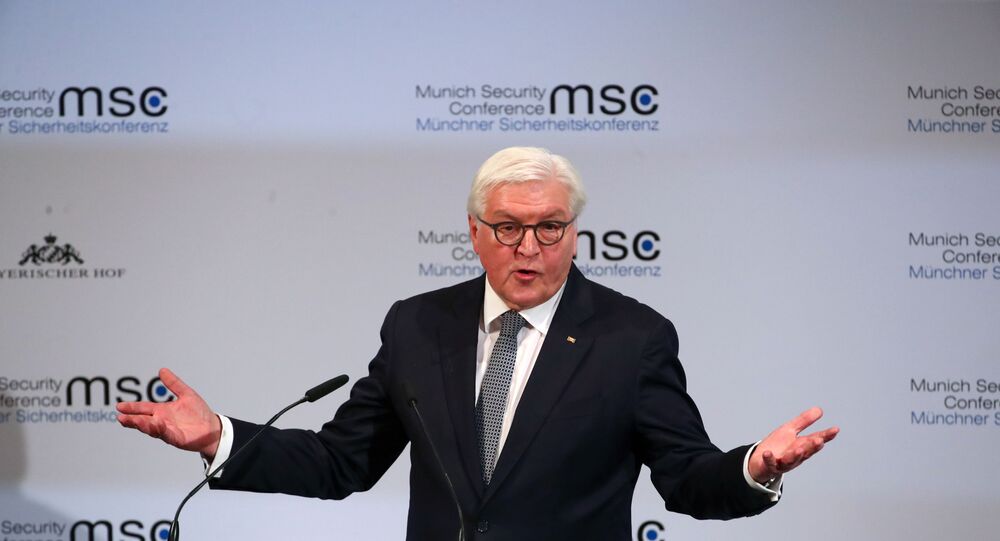 The leader made his remarks in the presence of US Secretary of State Mike Pompeo, Secretary of Defence Mark Esper, Speaker of the House of Representatives Nancy Pelosi, Senator Lindsey Graham and Representative Adam Schiff during his opening speech at the annual conference.

During his opening speech at the 56th Munich Security Conference on Friday, German President Frank-Walter Steinmeier slammed US President Donald Trump’s “America First” foreign policy approach, arguing that the US now puts its own interests first at the expense of its “closest allies”.

“Our closest ally, the United States of America, under the current administration, rejects the very concept of the international community,” Steinmeier noted, adding that the Trump administration callously described the nation as ”‘Great again’, but at the expense of neighbors and partners”, referring to the Trump campaign slogan without naming the US president.

Steinmeier said that the Trump administration's foreign policy platform “hurts us all”. The German president spoke in front of the largest and most high-profile US delegation to attend the annual event, including Secretary of State Mike Pompeo, Secretary of Defence Mark Esper, Speaker of the House Nancy Pelosi, Senator Lindsey Graham and Representative Adam Schiff, along with many other top-level representatives.

Trump has repeatedly criticized Berlin and other European NATO members for not meeting the 2 percent of GDP military spending goal, set at the 2014 NATO summit in Wales, UK. During NATO's 2019 summit in London, Trump singled out German Chancellor Angela Merkel as being personally responsible for not paying enough, although Berlin is one of 19 NATO members who do not meet the spending minimum.

Steinmeier said that Berlin would continue to increase its defence expense, but not as a “be-all, end-all, for our security”.

The 14-16 February Munich Conference brings together over 800 delegates, including some 150 heads of state, prime ministers and ranking government members. The Russian delegation is led by Foreign Minister Sergey Lavrov.

Germany Should Impose Sanctions Against US, Otherwise It Will Lose Its Independence – Energy Expert