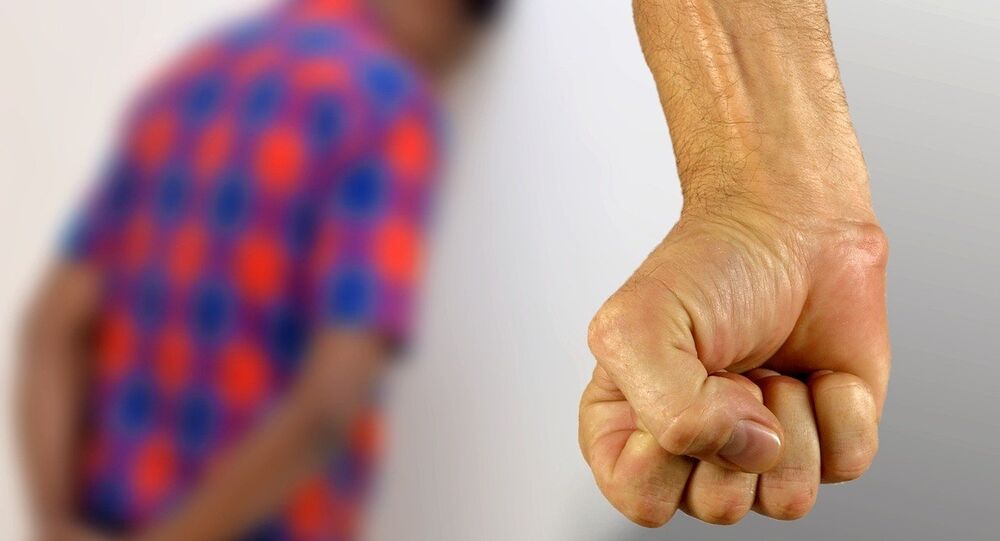 In a twist of grim irony, the 59-year-old Iraqi immigrant and father of seven, who instituted a sadistic reign of religious terror within his family, was previously praised for “fighting extremism” and running his mosque with “zero tolerance for extremism”.

59-year-old Iraqi-born Ismail Ali Suliman Darragi, the leader of Hässleholm Mosque in Sweden's southernmost Skåne County has been sentenced to eight years for assault and brutality after keeping his wife prisoner for ten years and abusing his seven children, including with a kebab skewer, causing his wife at one point to suffer a miscarriage, the news outlet Samhällsnytt reported, citing a verdict from the Hässleholm district court.

The sentence came after his family testified about a reign of terror driven by the so-called Muslim honour culture. By their own admission, Darragi habitually exposed his family to abuse, unlawful coercion and death threats, which left them “terrified and crying”.

​The children testified how they were forced to wear a veil, long sleeves and a long skirt because they would otherwise “turn into whores, the way all Swedish girls are”. According to their reports, Ismail systematically abused his family members with punches and kicks and strangled his daughters with leggings when something about their behaviour didn't suit him. The mosque leader also kept his children isolated from Swedish culture and denied them opportunities to seek friendship with Swedish peers. The children were banned from any extracurricular activity or swimming lessons, and at home only Arabic was permitted.

Starting as early as 2006, when the family immigrated to Sweden, Ismail kept his wife prisoner at home, only allowing her to go out to throw away garbage. The woman was also kept from learning Swedish until the family's state social benefits were conditional upon her attending a Swedish language course for immigrants. Ismail himself never learned Swedish, despite living 14 years in Sweden.

Darragi also used his family to scam the Swedish system for benefits. For nine whole years, his eldest daughter, from the age of twelve until she turned 21, was forced to pretend to be disabled so that the family could collect more benefits, which at times reached as much as SEK 50,000 a month ($5,160).

In 2016, the Darragis bought a two-storey villa with eight rooms in Hässleholm with what he claimed to be “donations”. Despite allegedly fleeing persecution in Iraq, Darragi and his family travelled back to his homeland every year, as is clear from tickets found in their home, Samhällsnytt reported.

In 2017, the local Hässleholm newspaper Frilagt praised Darragi for “fighting extremism” and running his mosque with “zero tolerance for extremism”.

© CC0
'We Want to Get Into Parliament': Pro-Islamic Party Seeks to Establish Itself Across Sweden
Darragi denied the crimes and claimed that the family had concocted the charges against him. However, their version of the story was supported by neighbours, curators and school staff. The Hässleholm district court sentenced Ismail to eight years in prison for two serious violations of women's rights. The mosque leader is also required to pay SEK 115,000 ($11,880) in damages to his wife and each of his children . Expulsion was never relevant, since Darragi has been a Swedish citizen since 2011.

Apart from a handful of independent media outlets, Swedish public television network SVT was the only major broadcaster to cover the story, but chose to omit the name, referring to Darragi as the “Hässleholm dad”. By contrast, the independent news outlet Nyheter Idag described Darragi as the “Monster from Hässleholm”.