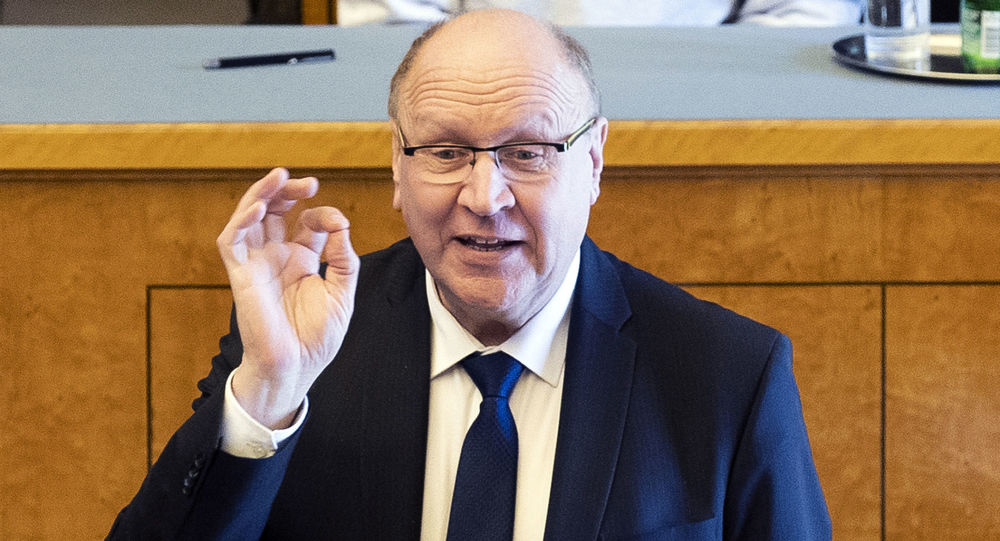 "We have repeatedly said that Russian channels operating in Baltic countries could be shut in Estonia the way they were shut by some of our southern neighbors", he said in parliament.

One of them is First Baltic Channel which rebroadcasts Russia’s First Channel and creates its own content in Russian as well. A package of its programs has been bought by the administration in Tallinn, the Estonian capital with a sizable Russian-speaking population.

"I do not see how the Interior Ministry can interfere with its budget policy and media relations… but our party shares the opinion in principle that these channels should be restricted or banned from operating in Estonia", Helme said.

© REUTERS / Ints Kalnins
'10 Euros for 5 Minutes': Latvian Lawmaker Proposes Language Fees for Russian Speakers
Earlier, Sputnik Estonia staffers were forced to terminate their contracts starting 1 January, after receiving threats of jail terms of up to five years from Estonian police, which cited the 2014 EU sanctions as a pretext for the actions. Rossiya Segodnya, Sputnik's Moscow-based parent company, has insisted that it is not mentioned in any EU sanctions lists.

Russia has repeatedly accused the Baltic states of discriminating against its media.  The Russian Foreign Ministry considers it to be an orchestrated campaign by Estonia, Lithuania and Latvia, which renders their declared commitment to the freedom of speech merely rhetoric.

Russian Foreign Ministry spokeswoman Maria Zakharova said Wednesday that restrictions put on the Russian media, including Sputnik, in the Baltic states are an outright demonstration of Russophobic sentiments.