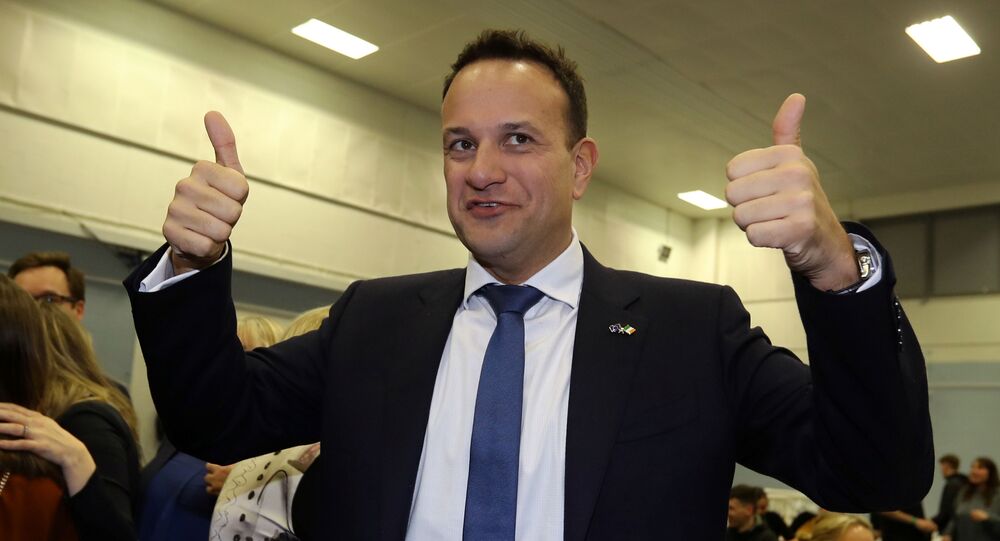 MOSCOW (Sputnik) - Irish Prime Minister Leo Varadkar has acknowledged the defeat of his party, Fine Gael, in the country’s general election and has said that he is ready to lead the opposition by giving Sinn Fein, the most popular party at the polls, the right to form a government, RTE broadcaster reported on Wednesday.

"It may have been a tight finish, but we were defeated so that means that people are saying to us that Fine Gael should go into opposition and we are absolutely willing to do that," Varadkar said, as quoted by the RTE broadcaster.

Despite having one less seat in parliament, Sinn Fein was the most popular party at the polls, gaining 24.5 percent of the vote, compared to Fianna Fail’s 22.2 percent. Varadkar stated that this gave Sinn Fein a mandate to attempt to form a coalition government, the broadcaster stated.

"But I think in the first instance the onus is on Sinn Fein as the lead party to honour its promises that it made to the Irish people, to form a government led by them, to get a socialist republican Programme for Government through the Dail [Irish parliament's lower house] and it is their duty now to do that," the prime minister said, as quoted by the broadcaster.

© REUTERS / HENRY NICHOLLS
Elections in Ireland Spell Breakdown of Traditional Two-Party System
Varadkar stated that he had not been contacted by Sinn Fein leader Mary Lou McDonald over the possibility of forming a coalition, and also added that he would continue to fulfil his duties until a new government was formed, the broadcaster reported.

In Saturday’s vote, Varadkar’s party won 35 of the Irish parliament’s 160 seats, losing to Sinn Fein, which won 37 seats, and Fianna Fail, which gained the largest amount of seats in parliament with 38.

Paul Murphy, a newly-elected member of parliament for Dublin South West told Sputnik, that long-running anger over subpar housing and health care prompted Irish voters to turn to Sinn Fein in the most recent elections.