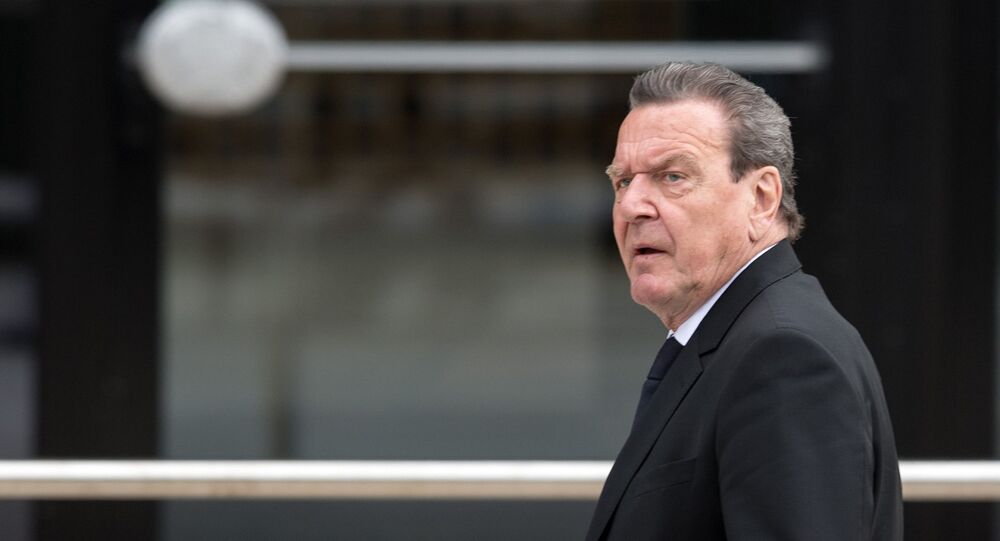 Gerhard Schröder considers North Rhine-Westphalia State Premier Armin Laschet to be an eligible candidate for chancellor after Angela Merkel quits the role, arguing Annegret Kramp-Karrenbauer’s choice not to run for the top governmental position should be taken in stride.

Former German Chancellor Gerhard Schröder has called out Angela Merkel over her decision to remain head of government after her withdrawal as CDU leader in 2018.

Schröder referred to the move as “a fatal mistake", arguing that it is even more so given Annegret Kramp-Karrenbauer's unexpected decision to step down from her position as head of the party and not to run for chancellor in 2021.

According to him, Merkel is responsible for the current deadlock in the ruling coalition, acknowledging there was constant confusion during Kramp-Karrenbauer's tenure "because you did not really know who had the final say, the chancellor or the chairwoman".

He notably singled out North Rhine-Westphalia State Premier Armin Laschet as an appropriate candidate to succeed Merkel in next year's national elections. A journalist and former European Parliament member, Laschet has governed Germany's most populous state for the past three years.

The liberal-conservative, who sided with Merkel during the 2015 refugee crisis suggested that the party shouldn’t take any steps back in the wake of Kramp-Karrenbauer's announcement.

Laschet called his party not to think backwards and "long for the good old days", he told the Wednesday edition of the Rheinische Post. Laschet offered his own vision of robust conservatism in politics and life, insisting that it is about "preserving good things and being open to new things".

The most promising candidates are now gearing up to fight for the role of chancellor. Christian Social Union chief Markus Söder has cautioned the sister party, CDU, against a "total break with the Merkel era".

"That would be wrong", Wednesday's edition of the Frankfurter Allgemeine Zeitung reported him as saying.

Söder also disagreed with Kramp-Karrenbauer's request that the CDU presidency should decide on the Union's candidates to run for the country’s head.

Millionaire lawyer Friedrich Merz, who lost the race to current party leader Annegret Kramp-Karrenbauer (AKK) in 2018, has been defined as a potential frontrunner to head the party and, eventually, replace Angela Merkel as chancellor, in less than two years, according to Deutsche Welle.