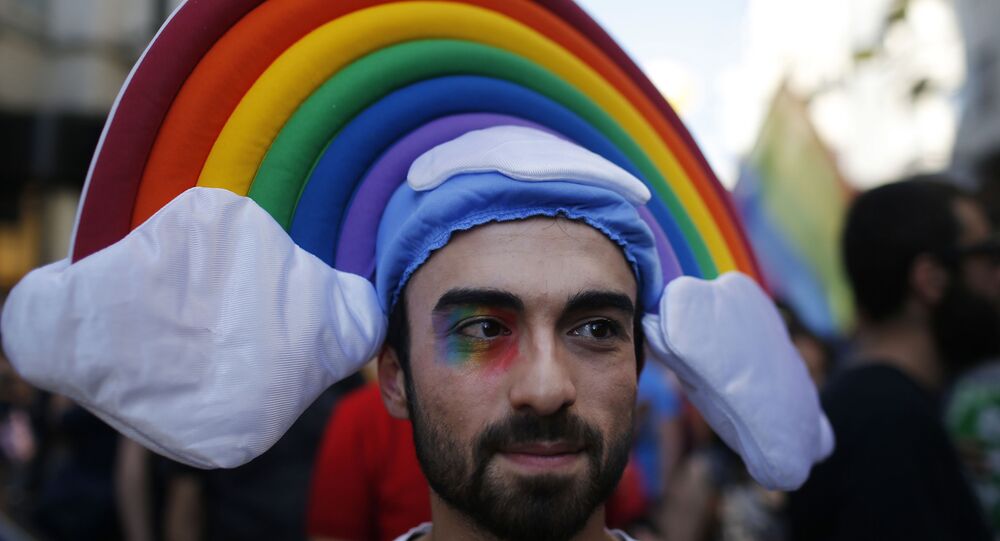 The Alpine country is having a referendum on widening the legislation that prohibits discrimination or inciting hatred against any group on the basis of religion or ethnicity. It will ban denigrating gay people in text, images, or gestures. As opponents of the bill argue, it could censor free speech and open the way to legalising same-sex marriage.

The Swiss have reportedly supported a bill that outlaws discrimination and fomenting hatred against gay people, dubbed the anti-homophobia legislation by its supporters and the “censorship law” by its opponents. According to the preliminary results, 62% voted to include the LGBTQ community in the existing legislation that bans discriminating people on ethnic or religious grounds, Nau.ch reports.

The new law does not criminalise comments made in a family circle or among friends but outlaws the public denigration or discrimination of gay people or fomenting hatred against them in text, speech, images, or gestures. Jokes are said not to be banned, as well, however as long as they are off-colour. So the government insists that it will not hamper opinionated debates on same-sex marriage, for example.

The results have prompted regret in the right-wing Swiss People's Party (SVP), which is the biggest political force in the country’s parliament and staunch opponents of the legislation. In their communiqué, dedicated to the results of the referendum, the SVP’s youth wing lamented that a “yes” to this anti-discrimination bill opens the door for "terrorism of the mind" and the "massive restriction of freedom of expression".

Earlier similar fears were voiced in the Federal Democratic Union of Switzerland (EDU), whose platform is based on Christian values. Member Marc Frueh even dubbed the bill a "censorship law". In addition, one of the SVP’s local lawmakers in Geneva, Eric Bertinat, described the changes as a "part of an LGBT plan to slowly move towards same-sex marriage and medically assisted reproduction" for gay people.

Resistance also came from gay rights campaigners. The group called "No to Special Rights!" insisted that there is no need for special protection for the LGBTQ community.

© AP Photo / James Patterson/AP Images for Human Rights Campaign
Mississippi Law Allows Religious Discrimination Against LGBT Community
However, apart from the SVP, all of the country’s major parties, including the Green, left-wing and centrists, supported a law that was passed by parliament in 2018. However, its opponents argued that it could end up censoring free thought and insisted on holding a referendum.

As one of the supporters of the new law, founder of an association of gay teachers Jean-Pierre Sigrist, told AFP it would stop intolerance against gay people. He noted that he backs freedom of expression, "but not the freedom to say anything at all".