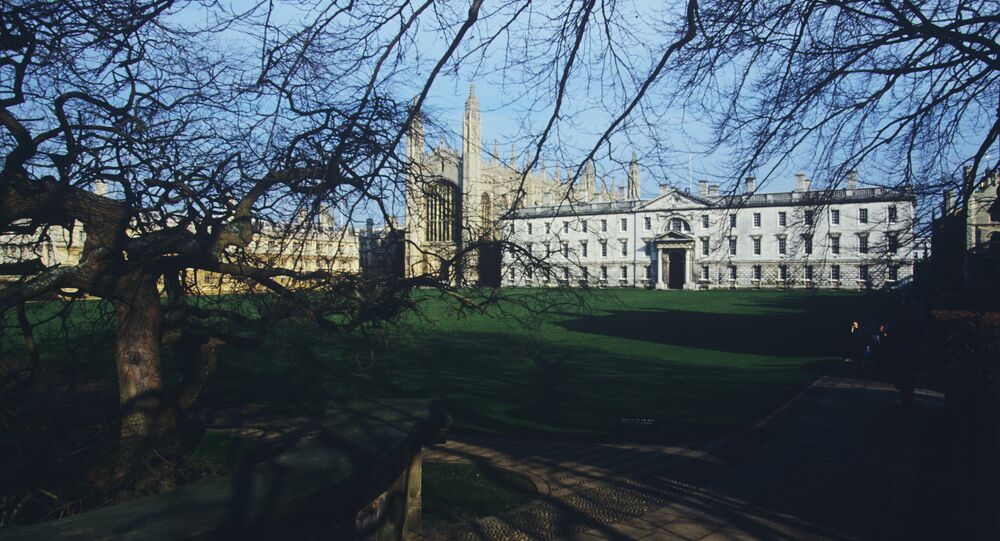 In 2018, Cambridge University students rejected a motion to support Remembrance Sunday, citing concerns over “the glorification” of the event which is held annually in the UK “to commemorate the contribution of British and Commonwealth military and civilian servicemen and women in the two World Wars and later conflicts”.

A relevant motion was proposed by Stella Swain, welfare and rights officer at the CUSU, who insisted that the university’s military-related societies should be restricted from bringing firearms to the fairs.

There are three such societies at Cambridge University, the Officer Training Corps, the Royal Naval Unit and the Air Squadron, all of which receive funding from the UK Ministry of Defence.

“The presence of firearms and military personnel at [a] Freshers' Fair is alarming and off-putting for some students, and has the potential to detrimentally affect students’ mental welfare,” the motion said.

It claimed that such presence indicates “implicit approval of their use, despite the links between military and firearms and violence on an international scale”.

Colonel Richard Kemp, former commander of the British Forces in Afghanistan, for his part, slammed the motion as “pathetic”, arguing that “this is nothing to do with the military as such” and that “it is just yet another effort, as we have seen in so many of these student motions at various universities, to undermine British society”.

“Without the Armed Forces these students wouldn’t be able to study, they are only able to because the country has been protected and defended by the British Army”, he said, recalling that “many students from Cambridge University fought and died in the Armed Forces and for our country”.

"Students should have more respect for those who went before them, who made the ultimate sacrifice to allow them to study in freedom”, he concluded.

In 2018, the CUSU said “no” to a motion promoting Remembrance Sunday, singling out concerns about what they described as “the glorification” of hostilities.

Remembrance Sunday is held annually in the UK on 11 November in order to pay tribute to “the contribution of British and Commonwealth military and civilian servicemen and women in the two World Wars and later conflicts”.