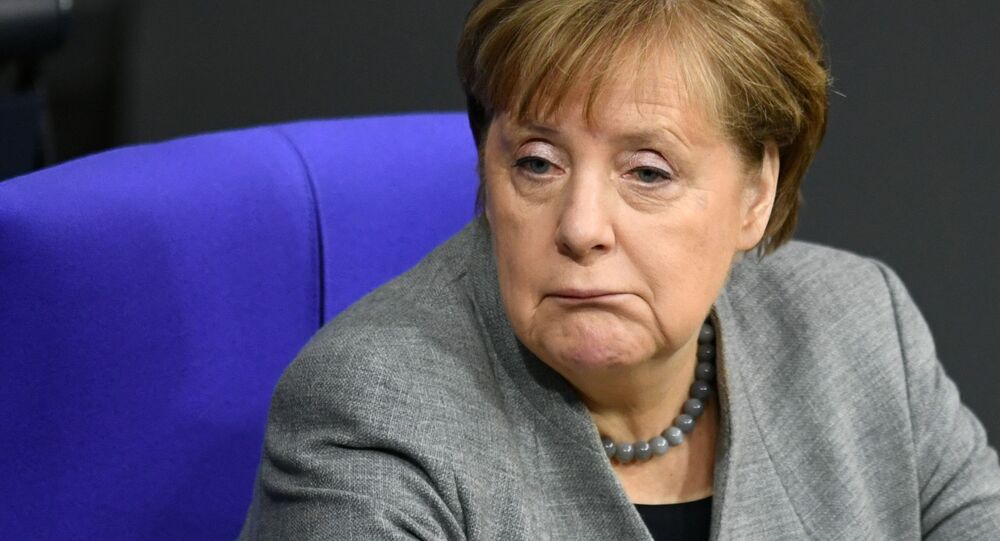 German media reported on Thursday that Thuringia State Premier Thomas Kemmerich is due to resign after he won the local elections on Wednesday with the support of a right-wing party.

The media also claimed that Germany's Free Democratic Party (FDP) is considering a motion to dissolve the regional assembly in Thuringia, a move that was initiated by Kemmerich.

This comes after German Chancellor Angela Merkel slammed the Wednesday election of a Thuringia State Premier supported by the right-wing Alternative for Germany (AfD) party as "unforgivable".

Speaking to reporters on a visit to South Africa on Thursday, she said that “the result must be reversed”, describing the election as "a bad day for democracy."

She was echoed by Christian Democratic Union (CDU) party head Annegret Kramp-Karrenbauer, who dubbed yesterday’s election “a bad day” both for Thuringia and Germany.

The CDU's secretary-general Paul Ziemiak said that "new elections would be the best thing for Thuringia”.

AfD co-leader Joerg Meuthen told the Frankfurter Allgemeine that the vote showed there was "less distance" between the CDU, the Free Democratic Party (FDP) and the AfD than with other parties.

The remarks came after the AfD helped FDP liberal Thomas Kemmerich beat Bodo Ramelow of the Left party during the premiership elections in the eastern state of Thuringia on Wednesday.

The event was the first time a state premier gained AfD votes to win an election, breaking the post-war consensus among established parties to avoid the right-wing.

Kemmerich tried to allay concerns by pledging that he would adhere to a pre-election vow not to partner with the far right.

"You have in me a bitter opponent of anything that even hints at radicalism, from the right or left, or fascism," he pointed out during a post-election press conference on Wednesday, in amid quips from local MPs and shouts of "Hypocrite!" and "Charlatan!"

In last year’s European Parliament elections, the AfD won 11 percent of the vote, coming in fourth place ahead of the conservative Christian Democratic Union and the Greens with 28.9 percent and 20.5 percent respectively. The Socialists, Chancellor Angela Merkel’s junior coalition partners, were third with 15.8 percent.

In the 2017 federal vote, the AfD became the third-largest party in Germany, obtaining 94 seats in the Bundestag. Parts of the AfD have repeatedly been accused of pursuing Islamophobic, anti-Semitic and xenophobic policies.

Germany's AfD Member: 'We Should Take Everyone Who Has Come on Boat to Europe Back to North Africa'