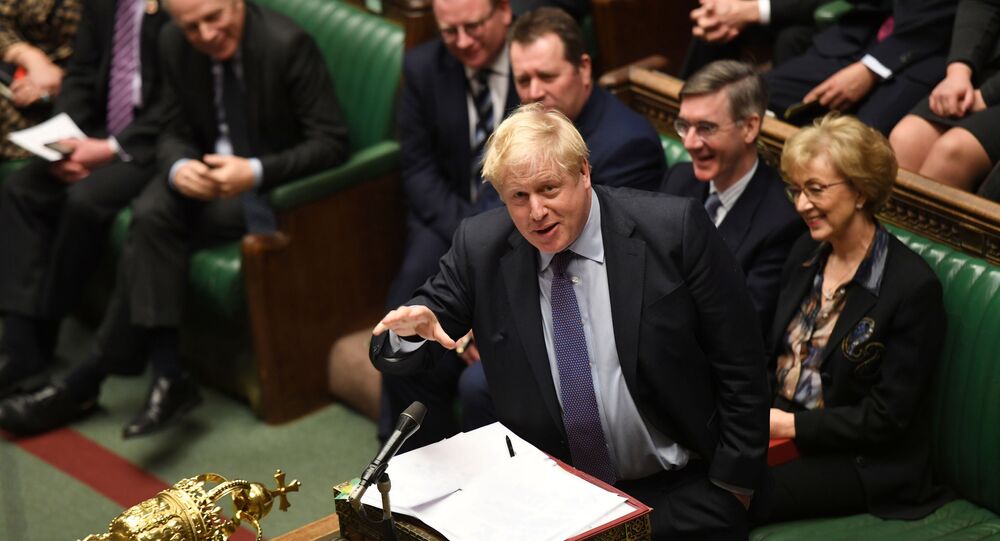 Last year, one of Britain’s leading economic think tanks warned that leaving the EU under the terms of Prime Minister Boris Johnson’s deal would cost the UK economy about $90 billion, and cause it to shrink by as much as four percent.

The NIESR warned that capacity constraints may hamper Johnson’s plans to raise the level of economic output across the UK, something that will hardly see the light of day in the next ten years.

The think tank remained downbeat when reviewing the government’s plan to raise investment in infrastructure projects by about £20 billion ($25 billion) per year, which the NIESR claimed would have only a modest impact on the country’s productivity levels.

NIESR director Jagjit Chadha, for his part, urged the government to show more transparency when it comes to the speed with which it vows to raise people’s living standards.

“[Spending] cannot be turned on like a very fast tap. The key thing is, it takes a long time. It’s not going to quickly help capacity,” Chadha argued.

He suggested that a “hurried fiscal boost may be stymied by a current lack of capacity in the economy, or possibly by creating unrealistic short-term expectations about the extent to how quickly that can bring about an increase in living standards”.

The remarks came after the NIESR warned last year that leaving the EU under the terms of Prime Minister Boris Johnson’s deal would cost the UK economy about $90 billion and slash its size by up to 4%, or about $1,400 per capita per year.

The NIESR’s current comments followed the UK officially leaving  the European Union on 31 January, after years of negotiating for a deal with Brussels that would get the approval of the British parliament.

Johnson touted the event as “the dawn of a new era in which we no longer accept that your life chances - your family’s life chances - should depend on which part of the country you grow up in”.

“This is the moment when we begin to unite and level up,” he pointed out.

UK Economy Will Outperform Eurozone Rivals This Year and Next, IMF Claims

Earlier last month, the International Monetary Fund, in turn, predicted in a study that the UK economy will outperform those of its Eurozone rivals this year and in 2021.

The study suggested that Britain’s economic growth would accelerate from 1.3% last year to 1.4% in 2020 and 1.5% next year if Brexit occurs in late January amid a steady transition to Britain’s new relationship with the EU.

The study was echoed by PricewaterhouseCoopers (PWC)’s global CEO survey, which found that European chief executives see the UK as a key market for growth and investment.

The survey revealed that Britain was rated as the world’s fourth most important territory for growth, after the US, China and Germany, and that the country’s “attractiveness” has returned to levels last recorded in 2015.